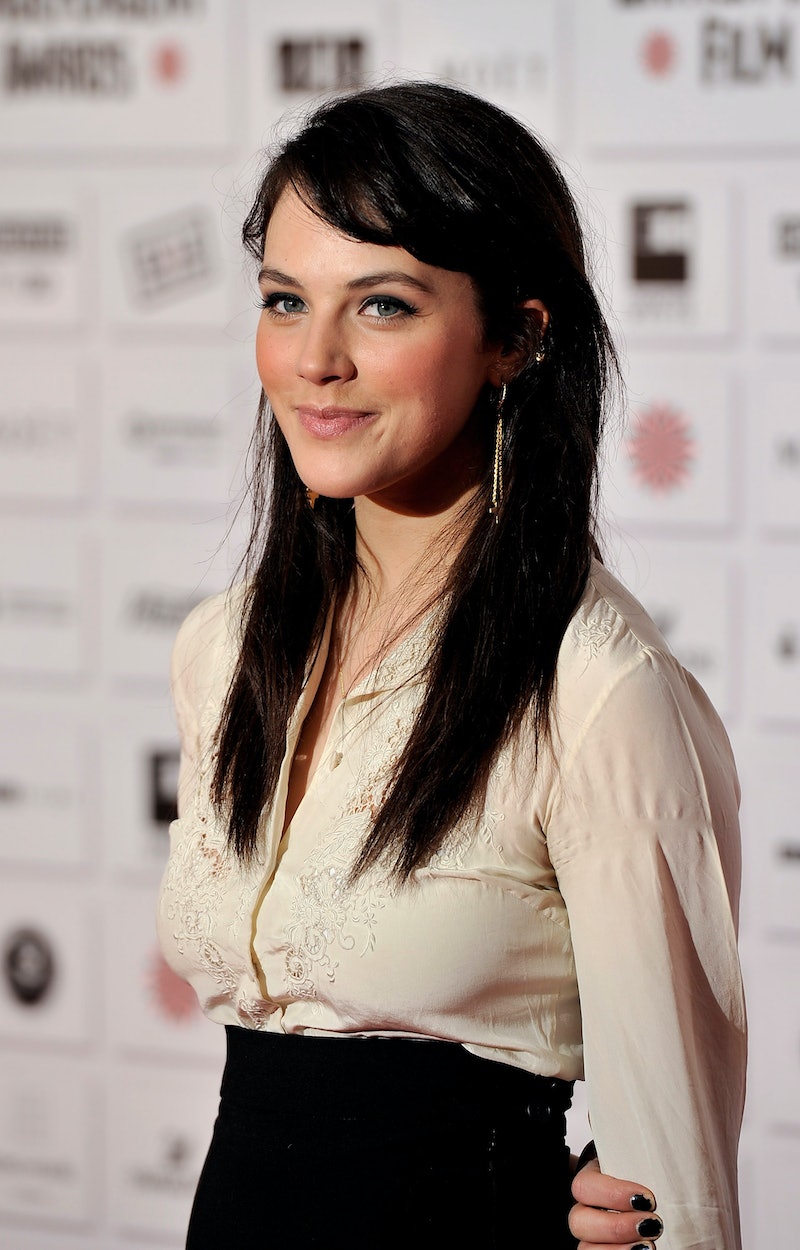 After her character's death on Downton Abbey, Jessica Brown Findlay hoped to pursue a career in film, and she's done just that, appearing in the new trailer for Winter's Tale, (co-starring film vets Russell Crowe, Will Smith and Colin Farrell), as a seemingly big screen version of her Downton counterpart. Complete with floor-length beaded gowns, regal updos and society balls, Findlay has started her career in the film world on familiar ground.

The last time we saw the actress on the hit British show, Sybil Branson née Crawley died tragically after giving birth to her daughter Sybil Jr. It was a terrible and gut-wrenching moment that viewers didn't see coming — while Lady Cora had foreseen a possible problem, the birth appeared to have been executed without a hitch. But just when we thought we could let out a giant sigh of relief and applaud the birth of another Downton Lady-in-training, the worst happened: Sybil starts convulsing, and soon she is little more than a corpse wrapped in sweaty sheets (Sorry — so morbid — but so was the scene!).

ANYWAYS, it was revealed that the reason for Sybil's death was because the actress who portrayed the "hot" youngest sister, Jessica Brown Findlay, wanted out of the show, ASAP.

"Julian (Fellowes) did such an amazing job with Sybil that it was a really exciting way to go out. I had to keep very quiet about it," Brown Findlay said of her exit. "I was desperate to do more, to push myself creatively."

While "exciting" is not the word I would attribute to the panic-inducing scene, we saw a trend this season of actors who wanted to pursue other outlets, film specifically. Mary's eventual husband Matthew Crawley was killed by a milk truck (A MILK TRUCK!), giving swoon-worthy actor Dan Stevens the ability to make the TV-to-Broadway-to-Film leap.

In Winter's Tale, Brown Findlay is finally liberated from the constraints of Downton Abbey's gothic corridors, but finds herself in a similarly adorned "period" piece. I say "period" in quotations because if you've seen the trailer, you know this statement is only half true. Here's the brief synopsis from IMBD:

A burglar falls for an heiress as she dies in his arms. When he learns that he has the gift of reincarnation, he sets out to save her.

In the longer IMDB description, it refers to the heiress as a "young girl" and the burglar as a "middle-aged man," so we chose the less creepy version. Arriving in theatres just in time for Valentine's Day, the trailer is oozing with a sappy score, shots of the two lovers dancing, and of course, some tender moments between the sheets. As much as it sounds like you're usual V-Day offering, we actually really want to see this movie, mostly out of curiosity to see how well the olden-to-modern-times swap is executed. And to be fair, there is some cutesy dialogue that kind-of-sort-of almost made us blush. For example, when the "young girl" asks the "middle-aged man" what's the most valuable thing he ever stole, and he responds, "I'm beginning to think I haven't stolen it yet." #Swoon

Watch the trailer for Winter's Tale below: