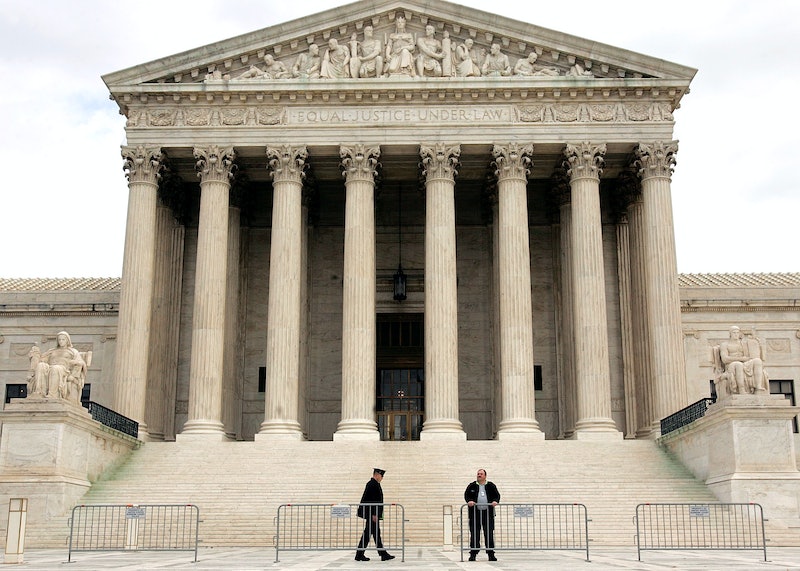 On Monday, the Supreme Court took to the bench to hand down the first of 11 decisions before their nine-month term ends. To say that much is on the table would be putting it lightly.

"In the court's modern history, I don't think there has ever been one week with so much at stake," wrote Tom Goldstein, the Supreme Court lawyer behind the laudable Scotusblog, which tracks the court. "We have four pending cases that may be cited for at least a century."

In University of Texas Southwestern Medical Center v. Nassar, the justices examined whether a provision of Title VII that allows a plaintiff to win his or her case by showing that discrimination was a motivating factor in an employment decision also applies to claims of retaliation, such as being fired. The Court holds that it does not, meaning the plaintiff has to prove the employer would not have, for example, fired him or her if the employee had not filed an Equal Employment Opportunity Commission complaint. Major win for employers.

The ruling on Mutual Pharmaceutical Co., v. Bartlett is a major victory for the drug industry, since the decision preempts a person's ability to sue in state courts and claim that a generic drug is designed badly. The case involved a New Hampshire woman, Karen Bartlett, who suffered an awful reaction to a generic drug made by Mutual.

The decision on Fisher v. University of Texas at Austin was actually 7-1, because Justice Elena Kagan recused herself. By returning the case to lower court, this ruling means that SCOTUS passed up a chance for a dramatic decision on affirmative action. However, the Court did say that colleges' affirmative action programs are only constitutional if such racial preferences are the only way to achieve diversity on campuses, which means these programs will likely be subjected to a much higher level of scrutiny in the future.

And it looks like we're going to have to keep waiting on the one for which we've all been holding our breath. Stay tuned for big updates this week—the Court will be back at 10 A.M. on Tuesday.

More like this
MOBO Awards Found Kanya King On The Woman Whose Grit & Determination Spur Her On
By Kanya King
Amanda Gorman Shared A Powerful Message On Meghan Markle’s Penultimate Podcast
By Darshita Goyal
The David Beckham Qatar Controversy, Explained
By Sophie McEvoy
What To Know About Martin Bashir After Watching 'The Crown'
By Bustle UK
Get Even More From Bustle — Sign Up For The Newsletter