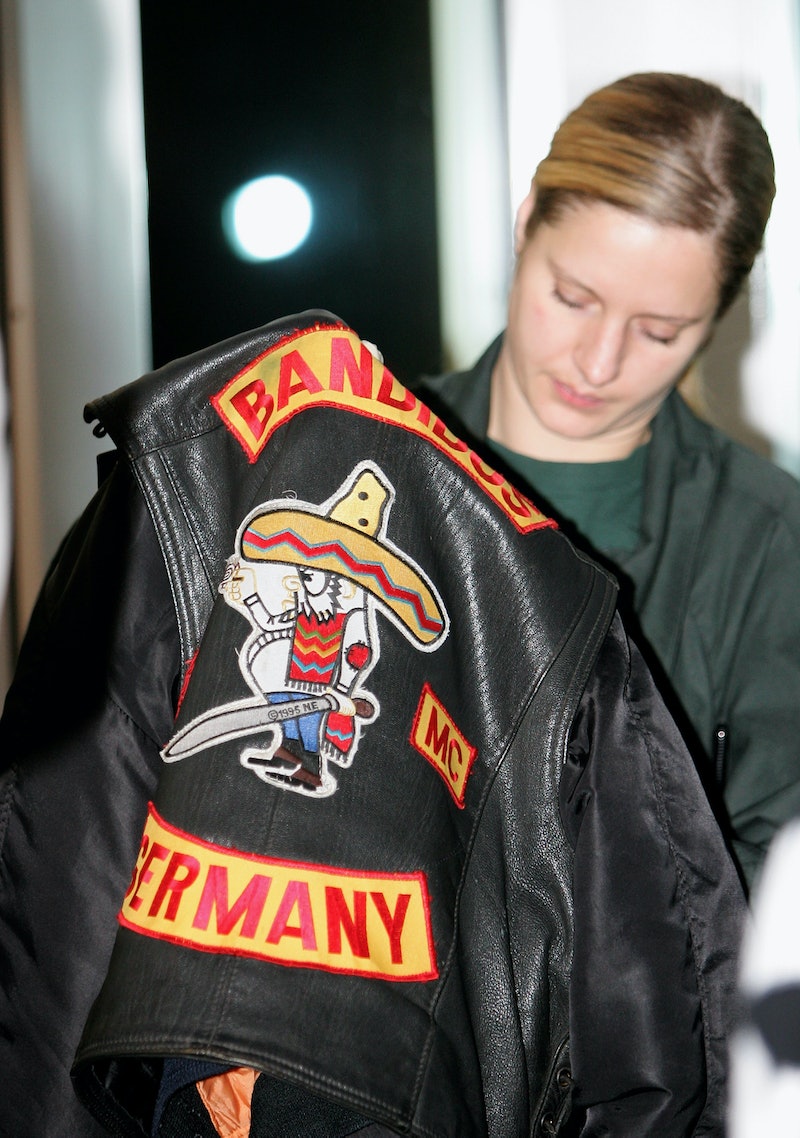 The names of one of the motorcycle gangs involved in Sunday’s deadly shootout in Waco, Texas is commonly linked to a mascot for Fritos corn chips. But is the Bandidos motorcycle gang named after Frito Bandito, the sombrero-wearing mascot for Fritos chips that was yanked by Frito-Lay after complaints of being racist from civil rights groups? That’s subject to some debate. Questions Bustle sent to the Bandidos Motorcycle Club's North America Chapter have gone unanswered as of press time.

Terry Katz, former commander of the Maryland State Police's organized crime division, who went undercover with biker gangs in the '70s, told the Associated Press that Bandidos founder Don Chamber modeled the Bandidos' emblem after the controversial chips mascot. According to Katz, Chambers designed the club logo, a Mexican caricature with a sword and a pistol, with the chip mascot in mind. But the San Antonio-Express News, which has linked the chip mascot and biker gang in the past, said the claim was “Bandido lore.”

Texas Monthly reported in 2007 that Bandidos founder Don Chambers, who started the group in March 1966, wanted to name his gang in honor of Mexican bandidos, “who refused to live by anyone’s rules other than their own.” As it turns out, Frito Bandito didn’t appear in American living rooms until two years later, in 1968, according to Texas Monthly. According to the Dallas Observer, Lays dropped its Frito Bandito campaign in 1971 after the Mexican-American Anti-Defamation Committee threatened a multimillion dollar class action lawsuit.

As for the similarities between the chip mascot and the logo, it’s tough to make a direct connection. The stereotypical Mexican “bandido” showed up in westerns long before the chip campaign. Unlike Frito Bandito, Chambers opted to use the correct Spanish spelling of bandidos. But as can be seen from pictures of the biker gang’s garish, no-doubt offensive visual of the Mexican bandido, the respect for a culture's traditions ends there.