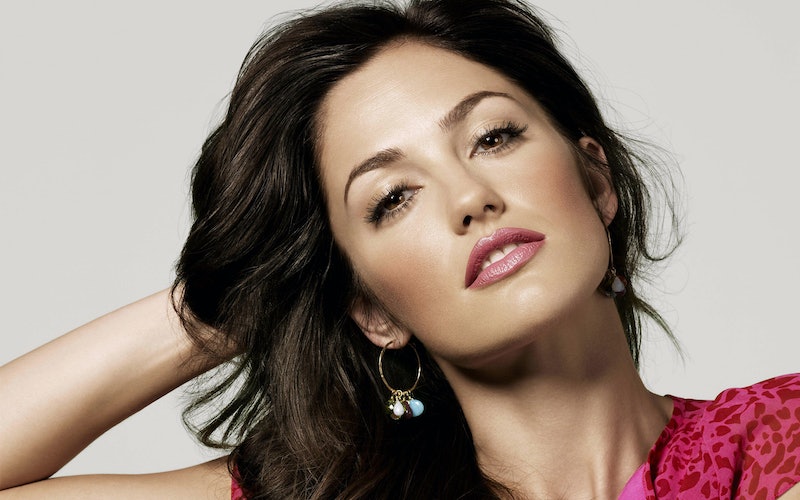 We’ve often heard that men find typically feminine features like full lips and smaller jawbones more attractive. But, according to a new study, these features, evidence of higher estrogen levels, will not keep a man close for long. The study, published Friday in the British Journal of Psychology, found that men gravitate toward feminine faces for flings but opt for less typically attractive women when searching for something long-term. According to researchers, this is because—ahem—women with feminine features are more likely to cheat.

The study, led by Anthony Little from the University of Stirling and Benedict Jones from the University of Glasgow, asked over 350 heterosexual men to select the women they would choose for a fling from many composite faces. In each set of two images, one face was altered to have slightly more feminine traits, the other to have slightly more masculine traits. Turns out, men preferred the women with more feminine traits for a short-term affair.

The authors explain this preference in biological terms. Feminine features are evidence of higher levels of estrogen, which in turn indicate higher fertility.

The preference for feminine women for a fling was higher in men who were already in a steady relationship. "When a man has secured a mate, the potential cost of being discovered may increase his choosiness regarding short-term partners relative to unpartnered men, who can better increase their short-term mating success by relaxing their standards," wrote the authors of the study.

The attractive/unattractive division also impacts men's choice regarding relationships. This study shows men are inclined to prefer the less feminine women when choosing a girlfriend. "If his partner cheats on him, a man risks raising a child which is not his own," explained the authors.

Apparently, this preference for attractive flings also applies to women. Previous research shows that women opt for more masculine-looking faces—evidence of higher levels of testosterone—when looking for a short-term affair. It’s all about maximizing baby-potential. Fantastic.

Although this study is interesting in terms of the biological preferences it highlights, it’s too bad that we’re not able to move past our reproductive instincts. Feminine women don't always cheat, and less feminine women are also good child-bearers. Haven't we moved on from the 1950s—can’t a modern woman be both attractive and loyal?