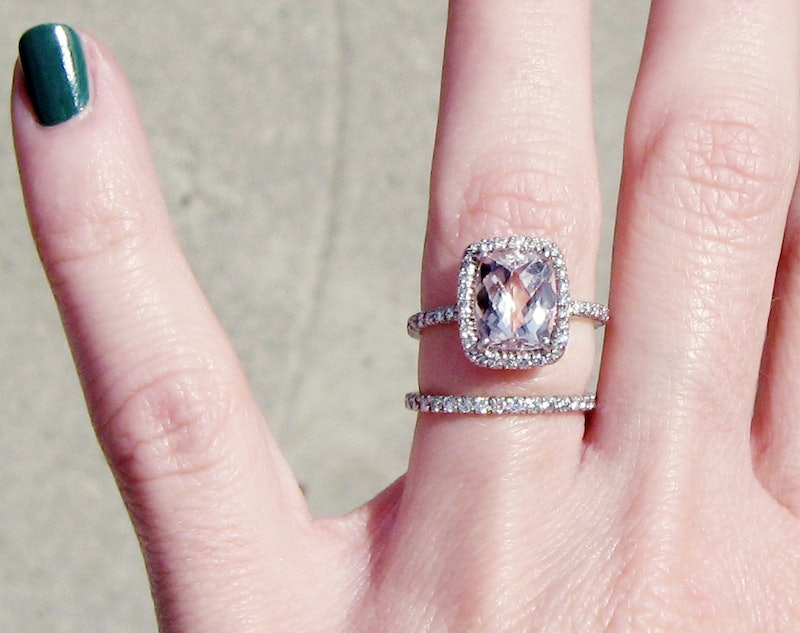 A warrant is now out for Liana Barrientos, who allegedly married 10 men between 1999 and 2010 without proper divorces, after she skipped a court appearance, according to Cosmopolitan. The Huffington Post reports that "some of those marriages occurred only days apart." All of the marriages were New York–based, either in Long Island or Westchester, but spelling her name a bit differently on each marriage certificate was enough to allow the multiple marriages to go through unnoticed until recently. On paperwork for her most recent marriage, in 2010, she stated that she had never previously been married. While multiple marriages may seem more gossip than news-worthy, the case has peaked national interest when it was found that the marriages were happening for a fee and at least some of the grooms were brought in from outside of the country. Out of these grooms "at least one was a threat to American safety: Rashid Rajput was deported for making threats against the U.S. in 2006", according to Cosmopolitan. This has lead to the involvement of federal government.

The Bronx district attorney’s office on Thursday said that the federal Department of Homeland Security, which handles some immigration affairs, was "involved" in the case. Agency officials did not respond to emailed questions... Neither Bronx prosecutors nor officials with the Department of Homeland Security would say whether any of the men face charges.