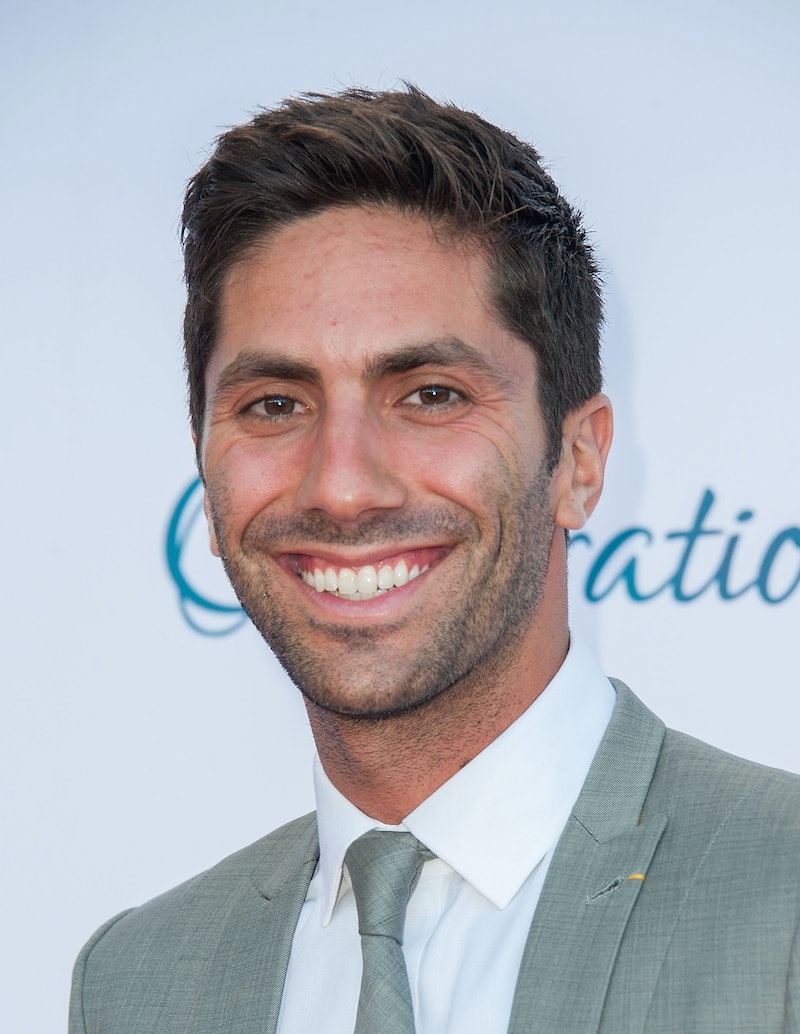 Since the 2012 dawn of Catfish, the Internet has not been the same. The word used to only refer to, well, fish, and three years later, people now use the term "catfish" in their everyday lives to describe those who hide their true identities online. It's all thanks to Nev Schulman's run-in with his own catfish, chronicled in the documentary of the same name that lead to the MTV Catfish series we know and love. The TV show is currently on hiatus, but that can't stop its host from spilling on what fans can expect when Catfish Season 4 returns. "We really have been striving to find unique stories," he says in an interview with Bustle.

The beginning of Season 4 was different than usual, since the other half of the Catfish hosting duo, Max Joseph, was working on his upcoming movie We Are Your Friends. This momentary pause in the normal Max and Nev fun that fans are used to seeing allowed Nev to welcome new Catfish cohosts week after week. When I ask him what we can expect for the second half of the season, he teases, "we might have a couple more fun celebrity guest cohosts pop in for an episode or two."

But fans might also get to see famous faces on the other side of a Catfish story. "We've got some really cool people coming up on the second half of the season," Nev says. "We did an episode with a really incredibly talented, hit, hip hop artist that people will be excited to see on the show." And if that's not reason enough to tune in, he confirms that we can "look forward to more Nev and Max goofing around." Always.

If you've ever wanted to experience that "goofing around" in person, I have some good news. Nev is currently working with an organization called Leave Out Violence that is dedicated, as Nev puts it, to "helping youth who are in positions where they've been affected by violence, someway — either as a witness to, a perpetrator of, or a victim of violence — to channel whatever feelings, energy, and anger they may have towards creative constructive outlets." Catfish fans can support the organization and possibly win a chance to hangout with him and Max on the set of Catfish or another MTV-related event. Leave Out Violence works as a peer-to-peer program. Nev's mother was very instrumental in the New York chapter, and he has been involved in leading workshops, filmmaking, and most recently, raising awareness.

So how can you get involved? Leave Out Violence is doing a raffle for a ton of prizes. When you donate for a specific prize — from smaller donations of $15 for a special email from Nev to $500 for a Skype session with him — you'll be entered to win another raffle, with the the grand prize of hanging out with the Catfish crew.

"One of the available prizes that would enter you in the raffle is a lock of my chest hair," Nev explains. "I'm not going to shave my whole chest, that would be crazy. All of my superpowers live in my chest hair, so if I did that, I don't know what would happen." If you want to get your hands on Nev's chest hair, it's going to cost you, as Nev puts it, "the small fee of $20,000." But hey, if that's where he gets his superpowers...

"I never really thought that my chest hair would achieve the notoriety it has as a result of being on television," Nev says, revealing that there are Instagram and Twitter accounts dedicated to it. "But I also have a particularly plush armor of chest hair."

In addition to bidding on a piece of that armor, you can get involved with the Leave Out Violence campaign at GoRaff.com/Nev4Love. It seems like the perfect way to fill the Catfish-sized hole in your life until the series returns in July with brand new episodes.