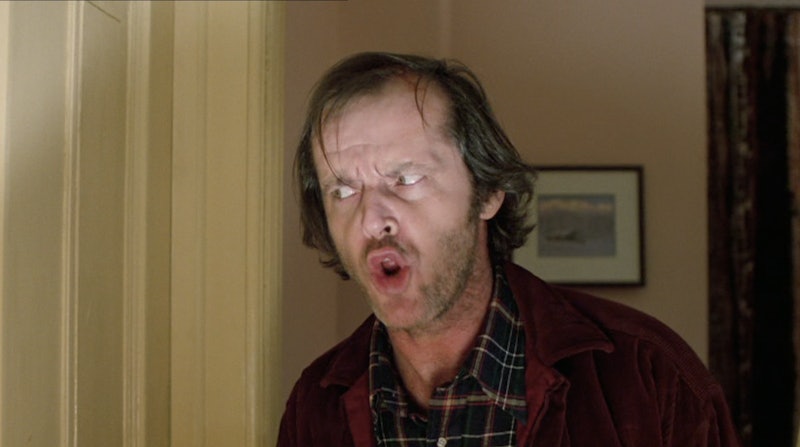 The Shining, one of Stanley Kubrick's most famous films and one of the most beloved horror movies of all time, was in many ways a pain to make. There were many more guidelines relating to blood and other horror staples in 1980 than there are now, exactly 35 years later. Additionally, there were some difficulties with the film's young star, Danny Lloyd, who played Danny Torrance. Would you want your six-year-old watching The Shining, let alone interacting with Jack Torrance, or those creepy twins? Adding to that, the set, with its mazes and elevators full of blood, proved a big logistical challenge.

Luckily, all the work and effort paid off to result in a film with a beautiful, iconic set, fantastic acting, and a very creepy vibe. Unfortunately, Kubrick's problems were not over when the film was released. Stephen King, the author of the book upon which the film was based, did not approve of the adaptation. In fact, he hated it. Critics were not impressed either. The Shining has been able to age spectacularly well and is now seen as one of the best horror movies of all time. While many fans have worshipped the film and watched it many times over, here are 9 details from behind the scenes that you might not have known about.

They didn't get along too well.

2. Shelley Duval And Stanley Kubrick Did Not Get Along Either

He apparently made her do take after take of her scenes.

The Timberline Lodge, where the film was shot, didn't want guests to avoid the room, though it might have ultimately attracted more guests.

4. The 6-year-old Actor Who Played Danny Thought The Film Was A Drama While They Were Shooting

Kubrick was apparently very protective of the child, who didn't see the film until he was 16.

5. Some Of The Cast And Crew Actually Got Lost In The Maze

It required a map.

6. The Image Of The Twins Was Inspired By This Photo:

7. David Lynch's Eraserhead Served As Inspiration For The Film

Kubrick made the cast watch it beforehand.

8. The iconic Bloody Elevator Scene Took A Year To Get Right

Which was voted one of the most iconic lines of all times.