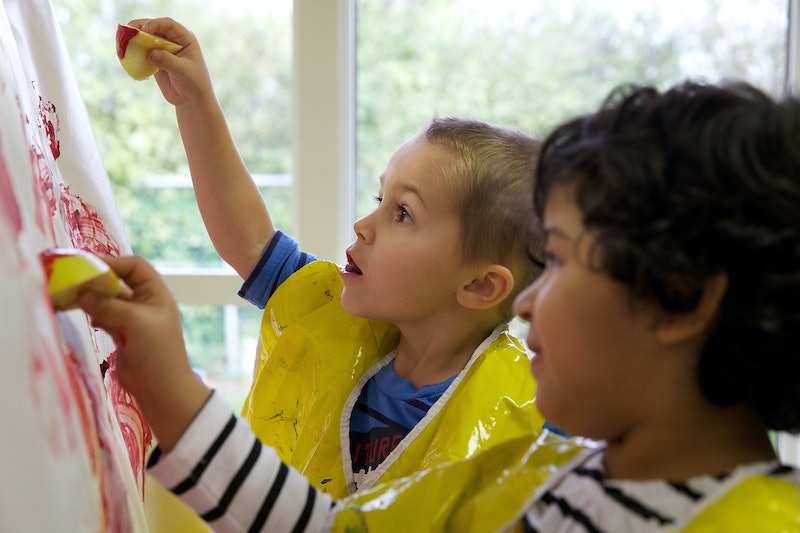 The nation’s report card is in, and not all its marks are good ones: The National Assessment of Educational Progress (NAEP), a project that regularly measures students’ performance across the nation in core subjects, indicates that there have been slight improvements in reading and math levels. On the flip side, the test results also reveal that schools nationwide haven't managed to eliminate the race gaps in student performance.

It's well-documented that there are worrying test-score gaps between white and black American students, as well as between white and Hispanic students. This year, the average gap in fourth-grade math and literacy between white and black students is 26 points, and that figure has stayed stagnant since 2011. Chris Minnich, the executive director of the Council of Chief State School Officers, told the Associated Press that the newest NAEP report shows what a major issue the race gap is. "We still have a situation where you have kids that are left behind. They aren't given the same instruction. They aren't given the same expectations as other kids," Minnich said. "[It's time for] doubling down and making sure the gaps get smaller."

On the bright side, Americans in general are making slow gains in math and literacy, but the scores weren't great to start with: only 42 percent of fourth graders and 35 percent of eighth graders scored at or above a level of proficiency in math. A few states earned praise for significantly increasing their kids' average test scores: Tennessee and D.C. both made gains across subjects and grades, with students scoring between 6 or 7 points higher than 2011. Hawaii also deserves a honorable mention: the state's students improved in all areas, bar fourth-grade reading. (We imagine that there are a bunch of Hawaiian fourth-grade English teachers feeling pretty left out...)

The data concluded that boys tended to score higher than girls in math, and girls scored better in literacy.

Latino students were the only ethnic group to improve in math scores in both the fourth and eighth grade. These report might represent a (small) step in the right direction, but the United Stated education system clearly has a long way to go before receiving straight A’s on their next report card.