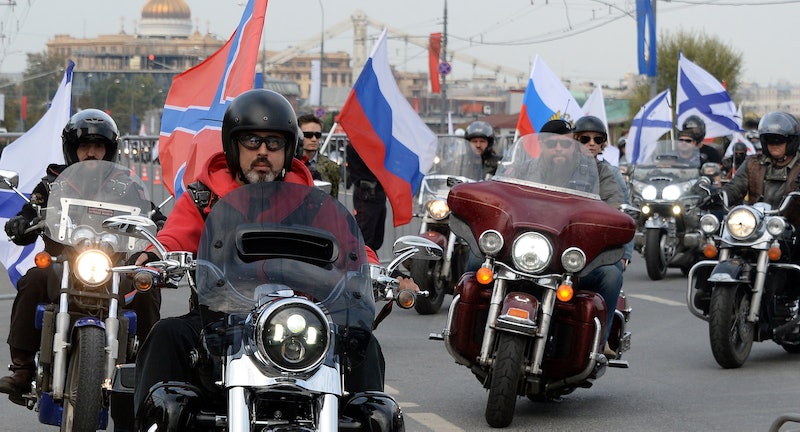 The shooting in Waco involved two outlaw gangs that have members across the U.S., with heavy concentrations across the Southern U.S. — the Bandidos and the Cossacks. Neither are listed on most motorcycle club websites, because the FBI identifies them as outlaws, which are often involved with organized crime — something that isn't normal among motorcycle clubs. In reality, most motorcycle clubs unite over a common passion for a certain model or decade of motorcycles. Some of them even act as humanitarian groups for bikers who want to ride with other motorcycle enthusiasts and change misguided attitudes about what kinds of people bikers are. There are hundreds of cool, kind motorcycle clubs across the world, and we should remember that when violence occurs between outlaw gangs. Check out a few of the truly badass biker clubs below:

The purpose of the Buffalo Soldiers Motorcycle Club is "to promote a positive image that would be respected in the community and throughout the country," according to the club's website. The club's name was selected to pay homage to African American military contributions in the "post-Civil War era." The club says its members believe they are role models who are responsible for contributing to the community. For example, the Buffalo Soldiers chapter in Albany, Georgia, helped build a home for a poor family in November as part of a Habitat for Humanity project, according to The Albany Herald. Buffalo Soldiers Little Rock, Arkansas, chapter Vice President Lessa "Lifesaver" Lowe spoke to THV11 News about the impact of the shooting on the club:

This is not what we stand for. We do not advocate for violence in any way, shape or form. We do a lot of work in the community, we help others ... Hand out clothes and toiletries and things of that nature to the homeless people and the homeless veterans.

The Bikers Against Child Abuse are a unique, international organization with a specific mission: to help formerly abused children feel safe and unafraid of the world, according to the club's website. The club works with local and state officials to meet with and socialize children who have been mentally or physically abused. Children are also given the names and numbers of two BACA members, whom they can call at anytime if they want someone to talk to. This club is no joke, though. BACA members undergo a two-year process that includes an FBI background check in order to become certified to work with children. They also have to meet with licensed mental health professionals to learn tactics for interacting with and supporting abused children.

According to the Star Beacon, a northeastern Ohio newspaper, BACA has locations in 18 countries around the world. Various chapters host fun events for children such as barbecues and parties. The Erie Shores Ohio Chapter hosted a 100-mile ride on Saturday to raise money for projects such as 24-hour abuse reporting and support hotlines and therapy for children, the Star Beacon reported.

Urvashi Patole founded the Bikerni when she was just 22 years old, and it was the first women's motorcycle association in India. Bikerni started as a group of 11 members located in the city of Pune in 2011, and it has since grown to include more than 500 women, with branches across India, according to Hello Giggles. The club's mission is "to create an equal platform for women motorcyclists and to empower women all over India through the field of motorcycles," according to its website. The club also participates in community service projects across India.

Being one of the first and largest female-motorcycle groups in India, Patole told the Hindustan Times that women within the club do face harassment from men on the road, but that by sticking together members can "chase adventure" and feel free:

Women bikers are alert and can anticipate risks. Biking has boosted my confidence, made me bold and independent.