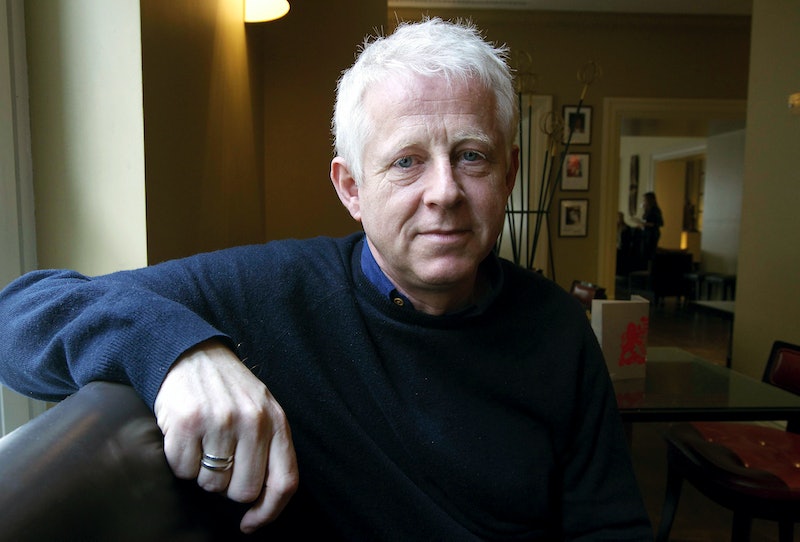 You might have heard that Thursday, May 21 is Red Nose Day, a campaign to raise awareness and money for underprivileged youth using laughter and entertainment. You might know about the many celebrities who have been involved in the day's events, through music, comedy routines, and simply bring attention to the cause by popping on a red nose, but something you might be curious about is the man behind Red Nose Day, Richard Curtis.

Curtis is actually one of England's most critically acclaimed screenwriters. One of the masterminds behind Four Weddings and a Funeral, Bridget Jones's Diary, and Love Actually, Curtis was described as a "national treasure" at the British Academy Television Awards in 2007. That same year, he took the highest award the Academy bestows, the Fellowship, which is presented for having an overall outstanding body of work. Considering the enormous impact the screenwriter has had not only on the British film audience but also on film audiences worldwide, it would not be surprising if he used his free time to reap the benefits of his own success. But instead, Curtis has stayed remarkably humble and has remained steadfast in his dedication to his huge role of raising awareness and money for those living in poverty, and the charity that he created three decades ago.

In 1985, the New Zealand-born writer had the idea of using media and celebrities to raise money and awareness of poverty in the U.K., an idea that would eventually pull in more than $1 billion. This year, Curtis is bringing the event over to the United States, as well, and a broader range of celebrities are getting in on supporting the cause while having some fun. Seeing as the event has become the BBC's number one television fundraiser, he has said that he hopes the event is just as successful in the U.S. But despite all the personal and professional success he has had, Curtis still doesn't have a big head. As he told the Examiner recently of his fundraising efforts,

I consider myself a pretty average person. I hugely believe in the effect [of] the generosity of one human to another, the difference that can make.

It is really fantastic that one person has been able to connect so many others with a wider platform to help out people who were born less fortunate than themselves. Of course, living in the age of social media certainly doesn't hurt the cause, either! We are more connected than ever before through websites like Twitter and Instagram, where people can not only easily access images and posts about the cause, they can also raise awareness themselves. After all, all you really need is a red nose and a selfie to help out. with raising awareness. Or, you can donate to the cause, also conveniently online. Kudos to Curtis for his fantastic efforts, and to everyone who is a part of Red Nose Day.

More like this
Kim Petras Just Made Grammy History
By Jake Viswanath
Taylor Lautner Copped To Finding Jacob "A Little Annoying" In Twilight
By Stephanie Topacio Long
James Cameron May Come To Regret His 'Titanic' Door Experiment
By Stephanie Topacio Long
Reese Witherspoon Confirms This Fan Favorite Will Return For 'Legally Blonde 3'
By Jake Viswanath
Get Even More From Bustle — Sign Up For The Newsletter
From hair trends to relationship advice, our daily newsletter has everything you need to sound like a person who’s on TikTok, even if you aren’t.