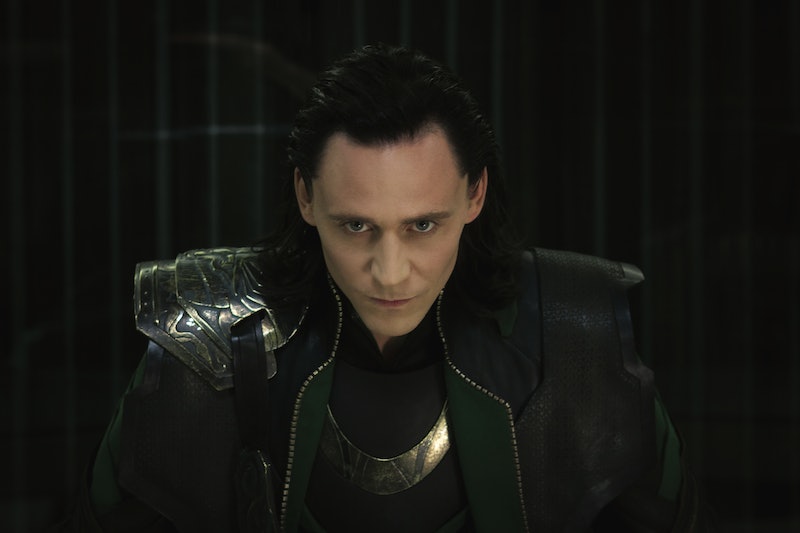 As everyone who has ever watched a Marvel movie knows, Tom Hiddleston's Loki is the best villain in the franchise — and, no, not just because he has Hiddleston's face. Within the Marvel Cinematic Universe, he is, without a doubt, the villain against which all other villains are measured. No offense to Thanos, Ronan, Red Skull, and the rest of the baddies, but none of them have Loki's cunning, complexity, or magical prowess. While most villains lead with their brawn or their lackeys, Loki leads with his wits. He is calm, calculating, and has an uncanny ability to get inside people's heads. He is not a foe who is easily defeated. Granted, the Avengers prevailed when they joined forces against Loki, but was that the Avengers' skill or just dumb luck? I'm going with the latter.

Bless them, the Avengers spend as much time arguing with each other as they do fighting together. They stopped Loki's invasion and attempted takeover of Earth through sheer luck. When it comes to a show of brute force, they always come out swinging. That explains how they took down the Chitauri, but Loki is the ultimate trickster. Even now, he is not defeated. He is currently chilling incognito on the throne of Asgard, and even his brother hasn't noticed.

Here is why Loki could totally defeat the Avengers.

1. He Is a Master of Manipulation

Loki can use his sorcery to bend people to his will, as he did with Hawkeye and Erik, but he does not need magic to manipulate people's emotions. The Avengers are already a volatile bunch. Black Widow was too savvy to fall for Loki's mind games, but the rest of the Avengers are hot-headed by nature. With enough taunting or shade throwing, Loki could easily provoke any of them into action. Then, all he has to do is make his move.

2. He's Skilled in the Ways of Sorcery

Do you know what magic trumps? Everything. It does not matter how strong the Hulk is, how quick Iron Man is on his feet, or how true of heart Captain America is; Loki can literally disguise himself as anyone. He can control minds, conjure things he needs out of thin air, and play elaborate mind-warping tricks. The only Avenger that comes close to possessing Loki's level of power is Scarlet Witch — and, yes, I cannot wait to see that eventual match-up.

Loki is always pulling a long con. While most villains want total world domination immediately, Loki is willing to wait, watch, and learn everything he can about his enemies. That's why he is currently controlling Asgard, and Thor is in the dark.

Hulk tossed Loki around like a rag doll. That would have been the end of any human, but, not only did Loki get up, he recovered in record time. In a one-on-one battle with pretty much any of the Avengers, Loki would come out on top. His slight build is hiding serious power.

5. He Can Play Both Sides of the Field

Loki is not just a bad guy. He can play on the side of the righteous... especially if he knows it will lead to personal gain. Because Loki possesses so much humanity, he remains a sympathetic character. All of Tte Avengers have made mistakes, so, if the need ever arises for Loki to be their ally, they would give him a chance. Then, he would stab them in their backs.

6. He Has Thor on His Side in a Pinch

Thor and Loki fight dirty, and they fight hard, but these two brothers love each other. Thor values family above all and, even though he is technically the bad guy, Loki is Thor's closest family. If any of the Avengers actually tried to kill Loki (and, for some reason, Loki was incapacitated to the point where he couldn't magic himself away and or fight back), his big bro would have his back.

The bottom line? There is no scenario where Loki would not totally kick some Avenger butt.