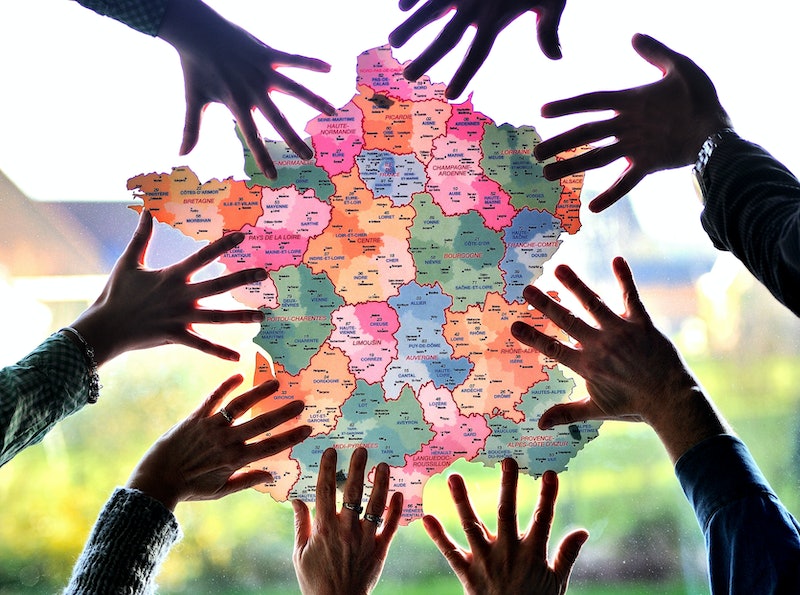 Book lovers, be warned. This super awesome “Google Maps Book Mashup” from Lovereading is very likely to make you insta-squee and start planning your next book-themed road trip. Run by book nerds like you, Lovereading is a book recommendation site dedicated to “helping you choose your next book,” and with summer vacation time on the horizon, what better way to pick out what to read than a map of full of books?

The map is described to feature “some of the greatest and most popular stories of English Literature (according to major publications) and their settings,” but with books like Dostoyevsky’s Crime and Punishment and The Savage Detectives by Roberto Bolaño showing up on the map, it looks like they’re branching out to include fiction beyond the English canon.

The map isn’t perfect just yet… Unless, I seriously missed something, I’m pretty sure Cambridge, Massachusetts isn’t the symbolic Latin American city Gabriel García Márquez had in mind for the setting of One Hundred Years Of Solitude… And, as you can see, it doesn’t have nearly enough books on it yet! But thankfully, this is a crowdsourcing project! Readers can submit book suggestions for different locations on the map, the only condition being that “they have to be on planet Earth,” as the pop-up guide says.

But, the earthly analogues of mythical places are totally acceptable. Like the mystical location of Hogwarts, which is guessed to be in Norway somewhere (ahem, or, apparently, Sweden?).

Some of the books are located down to the street they're set on, but, apparently, you just don't have to be that specific. The best mythical place on the map so far is the island from Lord of The Flies, the location of which managed to be narrowed down to "somewhere in the Pacific Ocean":

So go ahead and start submitting and populate (book-ify?) your hometown or anywhere else. And, if you’re feeling generous, maybe try to see if you can help out Canada… it looks so empty up there. It’s only fair, I suppose, that the most books appear in the U.K. since it was created by a U.K. site, but, dang, can South America get some love? Come on, book nerds, you know you’re dying to fill up this map!