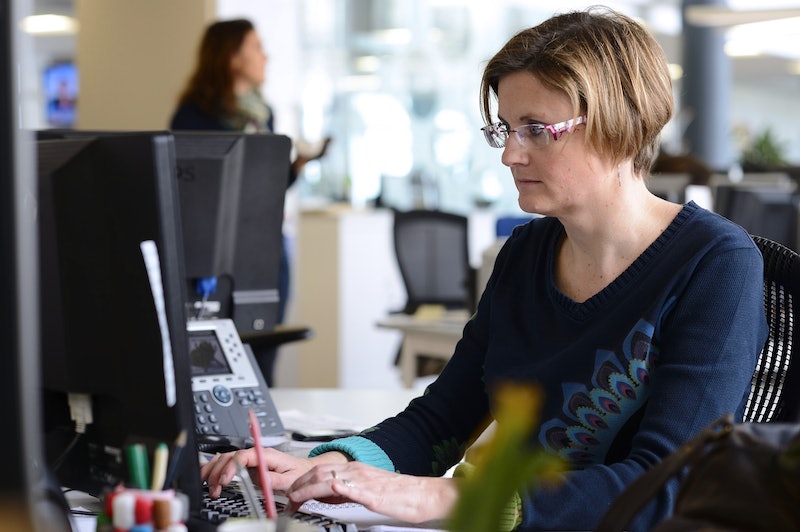 If you've seen any sort of TV show that features it's characters living in an office, you've probably come across the cold-hearted boss trope more than once. It turns out that this stereotype of bosses being emotionally inept is true — sort of. New research from TalentSmart showed that emotional intelligence doesn't necessarily rise by position when you reach executive levels.

If you've never heard of emotional intelligence (or EQ, as it's sometimes called) before, it's basically a measure of how well you can perceive the emotions of others, manage your own, and apply these emotions to practical skills and tasks. Having a good grasp on your own emotions also plays a big role in determining how high your EQ score is, which might be the hardest quality to obtain. There's no one tried-and-true model yet for determining EQ like there is for an IQ score, but the common threads that exist between the ones that do identify emotionally intelligent individuals as being skilled at both conflict and emotional management, with a good sense of self-awareness and decent social skills.

So, the point is this: Those in middle management had the highest emotional intelligence scores and with every position above this, the numbers went down. TalentSmart President Travis Bradbury explained this phenomenon to Quartz, noting, "Middle managers stand out with the highest EQ scores in the workplace because companies tend to promote people into these positions who are level-headed and good with people."

He also said that as you rise in the rankings, promotions are based more heavily on metrics than relationships or others opinions of your work — which makes your people skills less important. According to Bradbury, though, this might be problematic: "While these short-term, bottom-line indicators are important, it’s shortsighted to make someone a senior leader because of recent monetary achievements." he said. Executives then spend less and less time engaging in relationship building and more time behind a desk, which erodes their emotional abilities more and more.