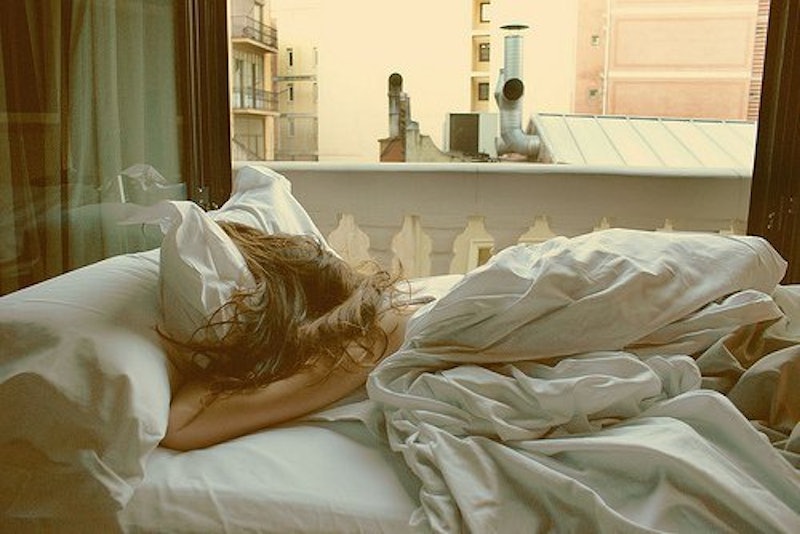 According to the National Health Council, an estimated 133 million Americans (about 40 percent of the population) suffer from a chronic illness. Though chronic medical conditions — defined as an illness lasting for three months or longer — are most common among the elderly, many teens and 20-somethings are also afflicted. Certain diseases, like a mild case of asthma, don't seriously interfere with day-to-day life (as long as you keep your inhalers with you at all times, of course). But other chronic illnesses can wreak havoc on the bodies and, by extension, the personal lives of those afflicted.

The physical pain associated with chronic illnesses is often excruciating and intense — but chronic illness also takes an emotional toll on multiple levels. Sufferers are often forced to put academic and career pursuits on hold while watching their friends, who possess the health and energy to hustle, snatch up every available opportunity. For people who are accustomed to a thriving social life, it kills to repeatedly cancel social engagements because the idea of putting on make-up and getting dressed feels daunting and exhausting. And spending hours at a concert or party can feel impossible when it's enough of a struggle to just stand up without a dizzy spell.

With chronic diseases affecting so many people, it's important to educate ourselves so we can support the next friend who comes to us for support during an extended illness. Here are 6 important things to know about life with a chronic illness:

1. Many Chronic Illnesses Are Difficult To Diagnose

There are no definitive blood or x-ray tests for many chronic illnesses, including (but not limited to) fibromyalgia, chronic fatigue syndrome, and inflammatory bowel disease. These, among other illnesses, are generally diagnosed only after all tests for other possible medical conditions have come back negative. It's physically and mentally taxing to undergo multiple medical tests and it can take months, or even years, for doctors to reach the correct diagnosis. As a result, sometimes friends and family assume that someone with a chronic illness is being a hypochondriac or their illness exists only in their head. Not helpful.

2. It's Painful To Miss Out On Having A Social Life

We've all had the unpleasant experience of missing out on a social gathering after coming down with the flu or a bad cold. However, when someone is ill long-term, they miss countless birthday parties, happy hours, and vacations they'd been looking forward to. It hurts to miss out on a social life, especially in this age of social media, when it's impossible to avoid pictures and videos of all the fun experiences that you're missing out on. What's equally painful is that people who haven't experienced long-term illness often don't understand how it feels, and they may get frustrated with friends who are constantly bowing out of plans.

One of the worst things you can say to someone with chronic illness is that you're jealous of all the school or work days they're missing. Sure, no one minds the occasional sick day spent in bed watching Netflix and reading celebrity gossip blogs. But what's decidedly not fun is being forced to spend days on end in bed, while friends and colleagues are busy advancing their academic pursuits and careers. And while someone is lying in bed feeling like death, they have plenty of time to think about all the opportunities they're missing at school or work. Feeling unproductive often causes feelings of distress and hopelessness — another emotional side effect of chronic illness.

Just because someone doesn't look like they're about to drop dead, doesn't mean they're not ill. Sometimes, the illness is obvious in a person's physical appearance, but just as often it doesn't manifest itself outwardly. Pretty much the worst thing you can say to someone is, "but you don't look sick."

5. Health Insurance Can Be Stressful To Navigate

It's no secret that high-quality healthcare is incredibly expensive. But even if someone with a chronic illness has the best (aka the priciest) health insurance plan, they can still count on jumping through endless hoops, paying out of pocket for medical costs, and having to wait months for reimbursement from their provider. Additionally, many prescription drugs are not covered by insurance. This can cause immense stress. When someone is ill and weak, the last thing they feel up to doing (or should have to do) is spend hours on the phone with their insurance provider, arguing their case.

6. Support From Your Friends Is Invaluable

When someone is chronically ill, they can't be the life of the party. But that doesn't mean they don't want to see their friends. Illness can feel isolating and lonely, and we should make sure our chronically ill friends don't feel forgotten just because they can't join us out on the town every weekend. A friend who will stop by to join their pal on the couch, watch some bad TV, and chat is invaluable. A simple act of kindness like this will provide a morale boost at a time when it's desperately needed.