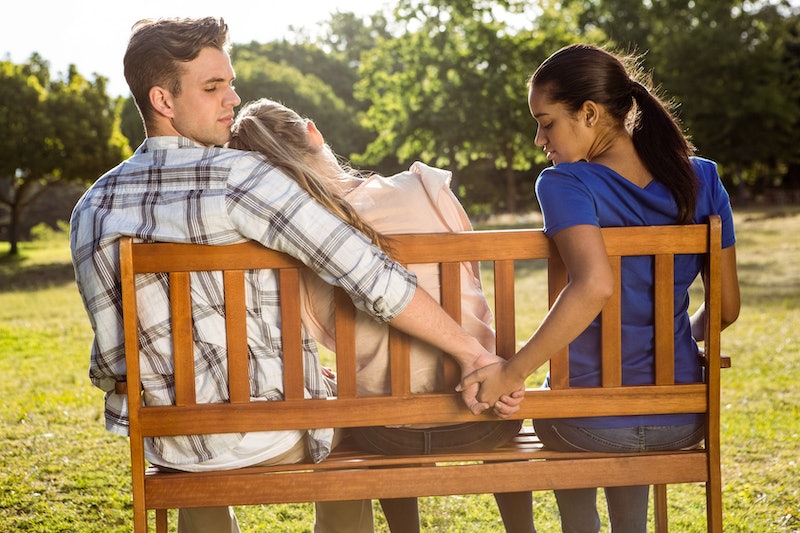 Now that scientists are capable of studying the genetic bases of behavior, we're treated to a constant churn of articles heralding that "x is genetic." Recently, the New York Times printed an opinion piece alleging that cheating is not just the symptom of a bad upbringing or a bad relationship, but that infidelity might be genetic instead. Naturally, this claim ruffled some feathers. Although the science of infidelity is still emerging, and infidelity likely is partially genetic in some sense, this truth doesn't actually have much bearing on how we should behave.

What was the New York Times author's evidence? Richard A. Friedman, a clinical psychiatrist, points to studies showing that the receptors for oxytocin and vasopressin, hormones related to bonding and trust, may be different in some of the men and women reporting having had multiple sex partners recently, as compared to the men and women reporting monogamy. This suggests that humans who connect less strongly with their sexual partners on a physiological level are more likely to seek new ones. And the hormone receptors themselves are basically controlled by genes. Hence, "infidelity is genetic."

For an indicator of how controversial these findings were, take a peek of the Facebook post for this infidelity article, and the resulting comment thread. Of course, for many people, infidelity is a total hot-button issue because they themselves have been cheated on, so this may be difficult to discuss objectively for them. Readers of this kind seem to see the infidelity study as a justification for the poor behavior of their former partners. Other readers point out that there's a difference between an explanation and an excuse. And, of course, some take the infidelity study as a reason not to attempt monogamy in the first place.

So what does the still-preliminary science of infidelity mean for any one individual, then? Unless you have very strong evidence that you're a sex-bonder or are pretty checked out emotionally from your sexual partners, you probably fall towards the middle of the normal distribution of fitness for monogamy (as determined by genetics and other factors, like how you were raised and your past romantic experiences). Your partner probably falls towards the middle, too. This means that, if you choose to be monogamous, it will be roughly equally as difficult for each of you to uphold the promise (though it's still impossible to tell exactly who's working harder at it).

"Bonding behaviors" sound incredibly cheesy, but these non-sexual activities will help glue you to your monogamous partner as much as possible, given whatever hormone receptor hand you've been dealt. There's a reason that most adults give monogamy a try, even though it can be difficult and disappointing — the rewards can be vast. And if you know it's not for you and cheat on your partner anyways, it's time to learn to resist social pressures and get into a more honest place, too.