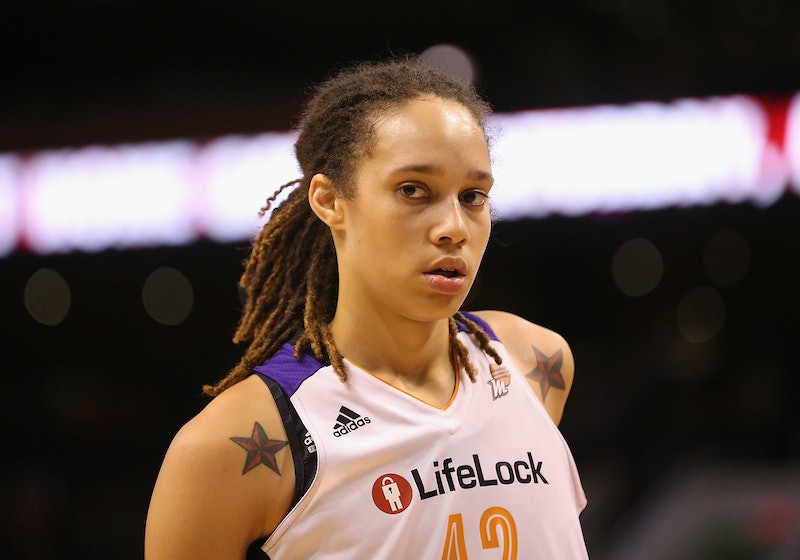 Brittney Griner is one of the most awesome people in the world of sports right now, and chances are you’ve never heard of her. And that is a big problem. The WNBA star is 23 years old, 6 foot 8, a proudly out lesbian, and the first person to dunk twice in a single WNBA game. She was this year’s first draft pick, she brought her Phoenix Mercury team to the WNBA finals this year, and she’s arguably the most exciting, dominant player in the league. And yet unlike LeBron James or Kobe Bryant or any number of NBA superstars who rose before them, Griner’s fantastic premiere season hasn’t made her a household name. Her dunking record and recent profile in Elle are getting some attention right now, but it's nothing compared to basketball's top men.

Sexism in sports is nothing new. Women’s leagues rarely get the same attention as their male counterparts. Even in tennis, which is relatively egalitarian considering that the prize money is usually equal, women play fewer sets per match and are considered less serious competitors. But if tennis is one of the best sports for gender equality, basketball is one of the worst. Pay is so unequal it’s a joke, and the fan base is almost non-existent.

There are a lot of theories about what makes women’s basketball so unsuccessful. It does play on major sports channels, after all, and it’s been around for well over a decade. And yet it remains obscure. And no one seems to know why. But while the experts waffle for answers there’s no shortage of people saying 'I'm not a sexist but..." the WNBA is just plain boring.

Ahem. Ahem. The WNBA might feature a different kind of action than the NBA — one more focused on quick passes and teamwork rather than massive dunks — but that doesn’t make it boring. And for those who say that the sport has yet to produce any truly stand out stars, I’m going to go back to Brittney Griner.

Griner is fascinating for any number of reasons — none the least of which being that her height and build make her seem very masculine, challenging traditional assumptions about gender — but at the end of the day, she’s remarkable because her basketball skills are incredible. So incredible that she’s been called a man disturbingly often, which is its own commentary about how our society feels about women athletes.

America has seemingly decided that the WNBA is boring, yet here is an athlete who is amazing both on and off the court, and yet relatively few sports fans are paying attention. If and when NBA players break out of the pack in the way Griner has during both her professional and college career, the sports media goes crazy. So why aren’t their female counter-parts granted the same privilege?