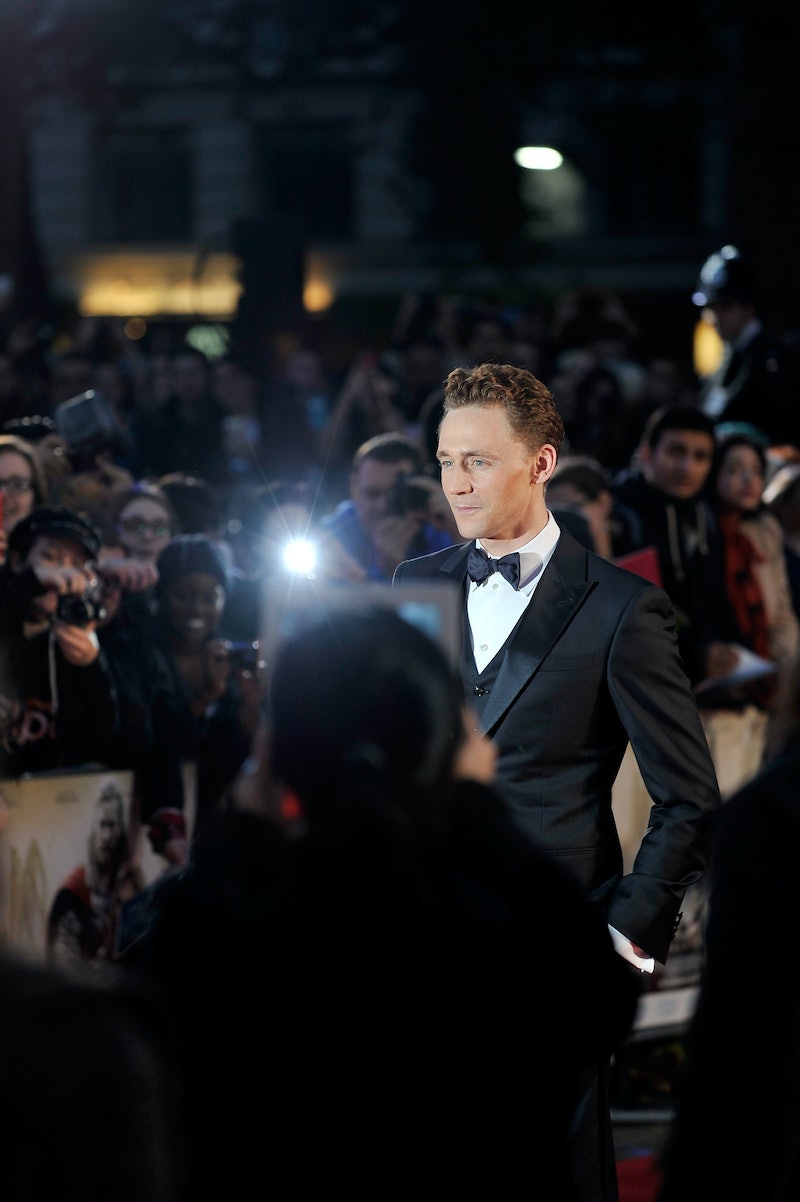 From time to time, Tom Hiddleston's fans get overly protective of the actor. On Nov. 1, Alan Carr hosted Hiddleston on his show, Chatty Man , and caught flack from "Hiddlestoners" for showing the Thor: The Dark World actor some NSFW fan-made art of his super-villain character, Loki. In droves, fans took to blogging sites like Tumblr to express their outrage.

"Oh god, I wanted to jump into my telly and shield Tom’s innocent eyes from those pictures," said a 20-year-old blogger.

An especially angry blogger posted this rant in all caps: "TOM IS A GENTLEMAN, STOP IT. STOP SAYING THOSE THINGS, YOU’RE MAKING HIM UNCOMFORTABLE. I WAS LOOKING FORWARD TO THIS SHOW AND NOW I’M ANGRY."

But things went from bad to worse when Hiddleston crossed the pond to make his Chelsea Lately debut on Nov. 4. The show's penchant for raunch scared some fans, like 20-year-old Megan, who said of the show host, Chelsea Handler: "She’s going to terrorize the [poor] baby." And another tumblr user asked whether the actor would have even signed up for the show if he'd have known what he was in for.

The answer to that is that he probably knew exactly what he was in for, as his publicist Luke Windsor would no doubt have checked the show out before agreeing to let him appear. I understand this image of Hiddleston as a gentleman — he certainly seems like one. Having had the pleasure of meeting him myself, I can tell you that he's just as nice in real life as he is in the GIFs on your Tumblr dash. But I can also tell you that he can take care of himself, and here are 5 reasons why:

1. He sees your innuendo and raises you one

When asked at a Thor: The Dark World premiere whether he prefers to be a good guy or a bad guy, he responded like this. Just look at that eye squint and head tilt — he knows exactly what he's doing:

Tom used the moment as an opportunity to read the Russian on her shirt:

"Do you speak Russian?" Handler asks.

So he doesn't need you to do it for him. When asked if he ever Googles himself, or dares to check Tumblr, Tom answered with an emphatic, "Nooo."

The bottom line is that he can take care of himself and he has a whole staff of people looking out for him. He's got a handle on things. And look, anyone who dances like this isn't 100 percent innocent, so, Hiddlestoners: Let the man enjoy some uninhibited raunch now and again.