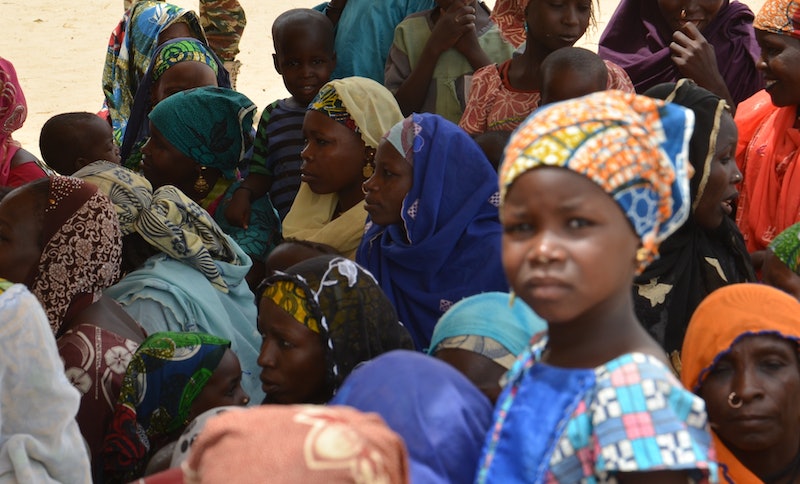 A group of militants from the Islamist terrorist group Boko Haram killed 10 people in Pambula-Kwamda village in the Madagali district of Nigeria's Adamawa state on Friday, despite the Nigerian military wresting control of the city in March. The militants had held the village securely since August last year before being forced out by an army counteroffensive. According to an official statement released on Monday by local Chairman Maina Ularamu, residents had been sleeping when the attacks occurred.

According to Ularamu, the militants entered the city largely unarmed except for machetes.

"[The] residents of the village [said] the attackers didn't have much weapons, and many of them carried no arms at all. They only fired a few shots when they were leaving after the attack," he explained to CNN on Monday. "We believe the attackers are the same people raiding villages in the area recently and are hiding in nearby bushes and mountains."

The AFP reported that the militants first entered the village around 4 a.m. local time (11 p.m. EDT) where they "used machetes to attack their victims" in their sleep. According to the news outlet, it took until Monday to release the news because of communication issues caused by recent attacks and the remote location of the village itself.

Since the region's recoup in March, there have been increasing numbers of suicide bomb attacks and small-scale raids, reportedly triggered by the wave of military offensives meant to scatter the militants from their hidden bases in the Sambisa Forest across the border in Borno state. Government officials believe that some of those bombers and suicide attackers belonged to the group of 300 schoolgirls abducted from their exams back in 2014.

"We are suspecting that the Chibok girls are living with the insurgents in bunkers," said Borno Governor Kashim Shettima in a statement to a national security conference panel last week. According to a report by The Daily Beast's Philip Obaji Jr. on Monday, the scenario is not entirely out of the question.

In July last year, it was reported that the alleged attacker involved in the deadly suicide bombing at the Kano State School in northern Nigeria bore a striking resemblance to one of the girls kidnapped by Boko Haram militants just months earlier, said Obaji. Those reports, while never officially confirmed, gave way to heightened concerns that the group was indoctrinating the girls with their beliefs and using them to carry out solitary strikes on neighboring cities.

On Sunday, relief officials told the AFP that as many as 31 local residents had been rescued from the Sambisa stronghold, most of whom, they reported, were under the age of 12.

"We are mobilizing local hunters and vigilantes to go into the bushes and mountains hunt them down," Ularamu told CNN.

Since being partially diffused by the military this spring, the group has conducted its attacks in largely limited maneuvers — small groups of raiders, suicide bombings, and shootings being their primary modus operandi. In a statement on Friday, United Nations Secretary General Ban Ki-moon called the surge of small-scale attacks "deeply troubling":

The Secretary-General is deeply troubled by the continuing indiscriminate and horrific attacks by Boko Haram against civilian populations in Cameroon, Chad, Niger and Nigeria. He regrets that in spite of the military gains made by the affected countries, Boko Haram continues its wanton destruction and killing of civilians.

The perpetrators of these despicable acts must be brought to justice. He calls on the Government of Nigeria to scale up the provision of medical and psychosocial support to the survivors.