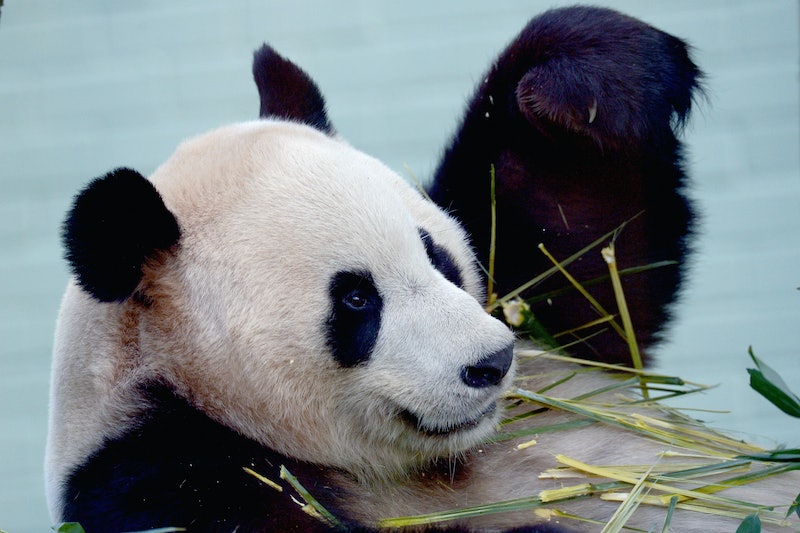 The creative team at Ogilvy & Mather has teamed up with World Wildlife Fund Japan to create your new favorite thing: A panda font. Yes, adorable, snuggly letters composed entirely of images of pandas, which will hopefully serve the dual purpose of raising awareness of the threat currently facing this beloved species and of making everybody’s lives a little cuter. Be prepared for this font to take over your entire written life: Pandas will become your font of choice for everything from your work emails to your wedding invitations. Imagine applying for a job with a panda-themed resume! How could they not hire you? Or better yet, love letters in panda font—because nothing says “You are my beloved” like a panda, am I right? The possibilities are endless. Hell, I may even start sending actual letters again, just so that my nearest and dearest can experience the joy of opening an envelope and finding dozens of tiny printed pandas inside.

But before I get overwhelmed by the cute, let’s be serious for a moment: This font is awesome, not only because it means that you can now hand out panda-themed business cards, but also because it raises awareness about a species under threat. According to the WWF, as of 2014, there were only 1,864 giant pandas alive in the wild, living primarily in the Sichuan, Shaanxi and Gansu provinces of China. The fragile panda population is threatened by loss of habitat and the fragmentation of their habitats due to roads and railways. Pandas survive primarily by eating large quantities of bamboo (12 to 38 kilograms a day, says WWF), so the loss of bamboo forests is particularly dangerous for them. The goal of the Panda Font Project is to raise awareness of these dangers to the species and to generate donations for conservation.

In the header for the Panda Font Project, Ogilvy & Mather explains, “[WWF Japan] tasked us with a non-traditional campaign that would bring the Panda’s plight into people’s daily lives but in a fun and light-hearted way. A campaign that reflected the cuddly nature of the animal itself.” I’d say they succeeded—who knew a font could be so stinking cute?

More like this
5 Ways To Stand In Solidarity With Women In America From The UK
By Sophie McEvoy
How To Fight For Reproductive Rights, Based On How Much Time You Have
By Courtney Young
15 Years Of The iPhone, In Pictures
By Emma Carey
How to Delete (or Pause) Your Hinge Account
By Emma Carey
Get Even More From Bustle — Sign Up For The Newsletter