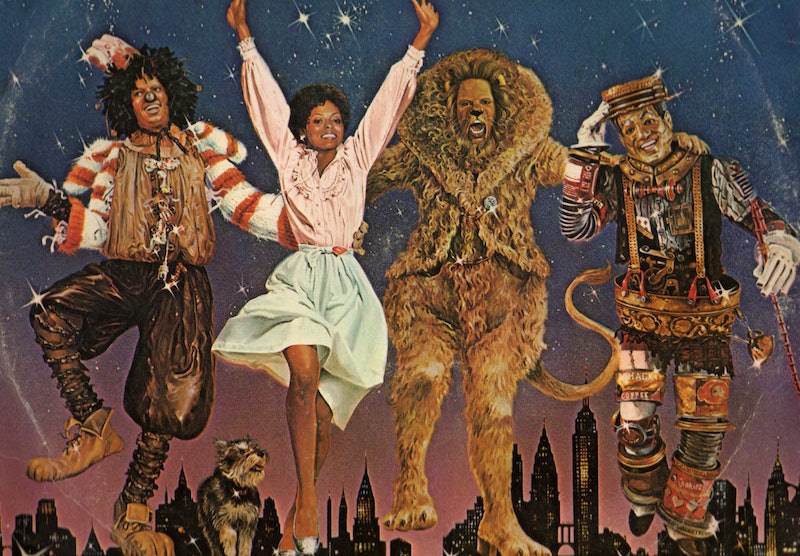 NBC is making another live-action musical, and this time, it's an adaptation of The Wiz, the 1975 Broadway musical that was later adapted by Universal and Motown Pictures into a film. This one's got a twist, though: of course, as was true of the Broadway and film versions that preceded it, The Wiz will feature an all African-American cast, and the network has decided to hold an open-call audition for the main role of Dorothy, who, in this version, is a teacher from Harlem that is transported to a New York City version of Oz. Could be good, could be bad, but it's definitely going to be... something.

Obviously, the first name that came to my head to play Dorothy was Beyoncé, because put Beyonce in anything and it will be a runaway hit. But we might have jumped the gun: NBC is calling for women a little younger, even though we all know that Bey has captured eternal youth: "The character description for the role of Dorothy reads: 'Female, African American, must be 18 years-of-age or older. Must have an extraordinary voice that can still tell a story, and maturity with a youthful energy.'"

Alright, alright, alright. Beyond the issue of trying to adapt yet another classic for a live special, the crowd-sourcing aspect here actually gives me some hope. It's a point in NBC's corner for choosing a special comprised of an entirely African-American cast, after last year's Peter Pan Live! and 2013's The Sound Of Music.

And, as is no secret, leading roles for young, African-American women in Hollywood are few and far between, as Ava DuVernay and/or American Civil Liberties Union will tell you. Even the fact that, though facetiously, Beyoncé was the first name to come to mind for me is a testament to how narrow the visibility for young African-American actors is right now. The open-call, being held June 6 in New York, will afford an opportunity to many new, young talents that don't have the capacity, capital or connections to land big roles with big networks otherwise.

Playing Dorothy did wonders for Stephanie Mills who debuted in the 1974 stage version, as the article points out: "Mills is slated to play Auntie Em in NBC's live adaptation. The role was pivotal in establishing Mills' successful career. Perhaps the chance to play Dorothy here will provide the same opportunity for another talented young black actress!" Perhaps, perhaps, and we sure hope so.

Regardless of NBC's track record with these live musicals, they still get so many viewers by virtue of name recognition alone. The Sound Of Music, which aired in 2013, had almost 19 million viewers, the highest viewership since the finale of Frasier in 2004, and last year's Peter Pan Live! had about 10 million. That's not chump change. Whatever the quality of the live-action version of The Wiz, it will definitely be a fast track to visbiility and success and future roles for whatever lucky, talented young African-American woman secures the role of Dorothy. Follow that yellow-brick road to Hollywood success by whatever means you can, girl. The Wiz is set to air on December 3, 2015, so dust off those ruby slippers.