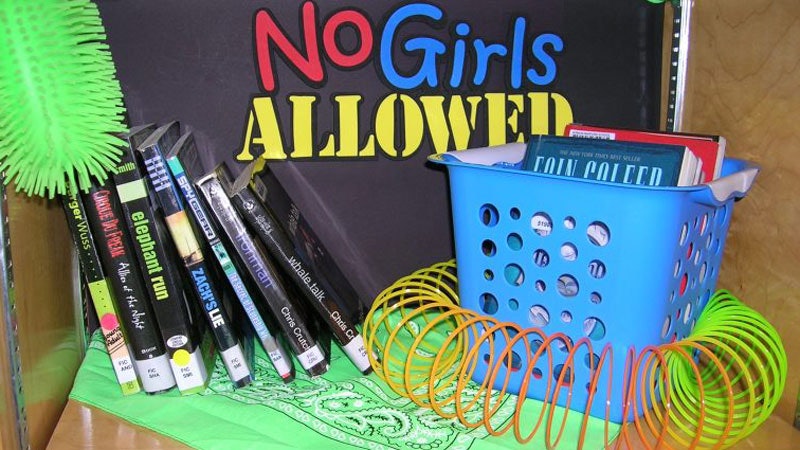 Can you think of the last book by a woman about a woman that won a huge award? Bet you can't. English novelist Nicola Griffith did the math and discovered that books by women about women aren’t winning big literary awards. Griffith, author of her own fair share of novels about women, took a look at the last 15 years’ worth of fiction awards handed out by the big guns of literary awards — Pulitzer Prize, Man Booker Prize, National Book Award, National Book Critics’ Circle Award, Hugo Award, and Newbery Medal. Griffith’s findings basically amount to one conclusion — if you have ladyparts and you want your name on a Pulitzer, you probably shouldn’t write about people with ladyparts.

Looking at six different awards over 15 years, Griffith’s data shows that only 12 awards out of the 90 awarded over 15 years were awarded for books by women about women. Hang on, let me get my calculator… yep, that’s 13 percent. For a group that makes up half the population of the world, that’s pretty abysmal.

Based on Griffith’s data, the Pulitzer Prize committee has awarded a big, fat zero awards to women authors for books exclusively about women in the past 15 years. Only four Pulitzers have been awarded for books by women about both men and women or about characters who are transgender or whose gender is uncertain.

Griffith isn't the only one looking at the numbers on women in the literary world. The organization VIDA: Women in Literary Arts put out their 2014 VIDA Count in April this year, measuring the representation of women writers in literary publications. The findings were a mixed-bag, with some improvements over the prior year for some publications, as well as some backsliding for others. The new 2014 Women of Color VIDA Count, on the other hand, was another — sadder, more homogenous — story.

So, what have we learned from these kinds of projects? Well, obviously, gender bias isn't a thing, women everywhere are inane, boring creatures, and no one should ever write stories about them ever. (Well, unless you’re a guy. Then go right ahead, because you might even get an award for it.)

Make sure you go read Griffith’s whole post about women and literary awards... and beware the cooties!