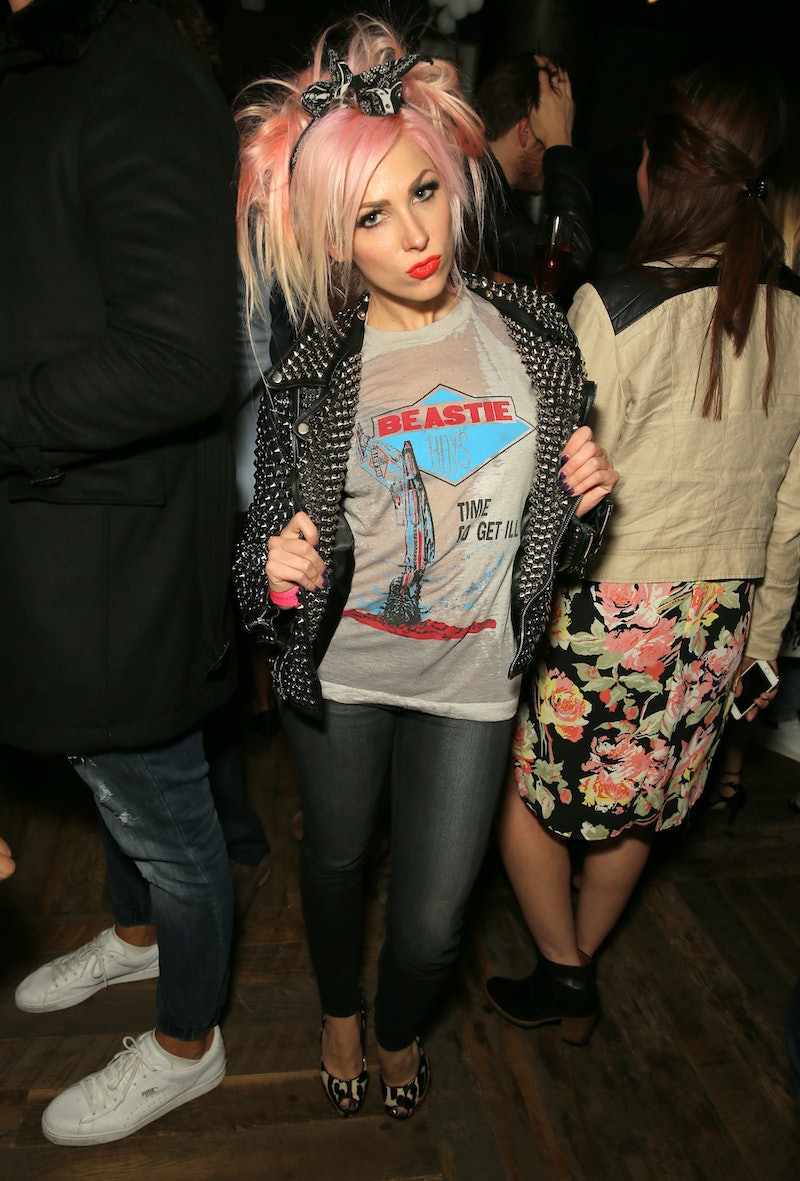 Break out the Slip'N Slide: Bonnie McKee just premiered her new single, "Bombastic," and it's the summer anthem we've all been waiting for. The 31-year-old singer-songwriter is best known for penning No. 1 hits for artists like Katy Perry and Britney Spears, but now, she's turned her attention to her own material: her Bombastic EP — her first release since 2004 — is set to drop on June 30. The project's explosive title track perfectly embodies McKee's signature style: it's colorful, it's catchy, and most importantly, it's a whole lot of fun. In the male-dominated world of pop songwriting and production, McKee is one badass woman you definitely need to know.

"Bombastic" was written to pump up anybody who listens to it (naturally), but its boastful lyrics may hold some special significance for McKee. In 2014, the musician parted ways with her record label, Epic Records, and has decided to remain independent (for the time being, anyway). It's unknown whether or not the split was amicable. Is "Bombastic" McKee's sly way of telling Epic that she's doing just fine without them? It's certainly possible. On the first verse and pre-chorus, she sings:

I'm on a mission to search and destroy

Don't get it twisted, I'm ready to make some noise

Thought you could play me just like a Nintendo

But don't you know that I'm loco?

Better show me what you got

Work hard and so we play hard

You're not even ready for the massive blast of pop-rock energy that is "Bombastic's" chorus:

Turn up the music and blast it

You know I'm playing like "no more Mr. Nice Guy"

Turn up the music and blast it

You know I'm playing like "no more Mr. Nice Guy"

I'm comin' for ya

"Bombastic's" accompanying music video (above) is an absolutely bonkers clip that was shot to look like an old aerobics tape. When the chorus hits and McKee turns into Bret Michaels circa 1986 and starts shooting laser beams out of her chest, I lose all control.

"Bombastic" is available on iTunes now.