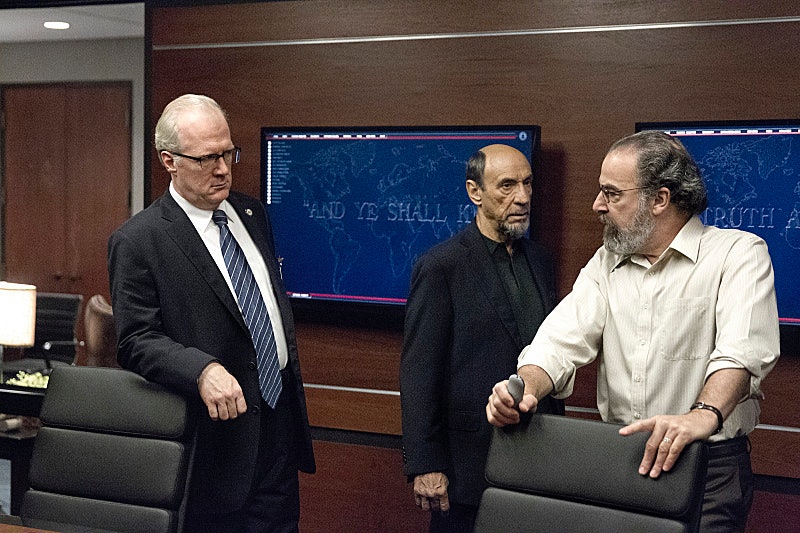 Homeland puts Carrie in a corner for this episode — most of the drama is led by Saul, Peter Quinn, and master bad guy Majid Javadi. What's going to happen to Saul when Lockhart takes over? Does the U.S. have a spy in the upper echelons of the Iranian government now? Will Majid Javadi kill a puppy with a broken bottle next? How else will they get Peter Quinn shirtless? Oh, the pressing questions. Especially this one: Who was the most melodramatic this episode? Let's take a look:

In summary: Peter Quinn moped, Majid Javadi was a baddie who is headed back to Iran, and Saul plotted some more. Since there's nothing quite as melodramatic as the plot these days, our two-time winner is Saul!