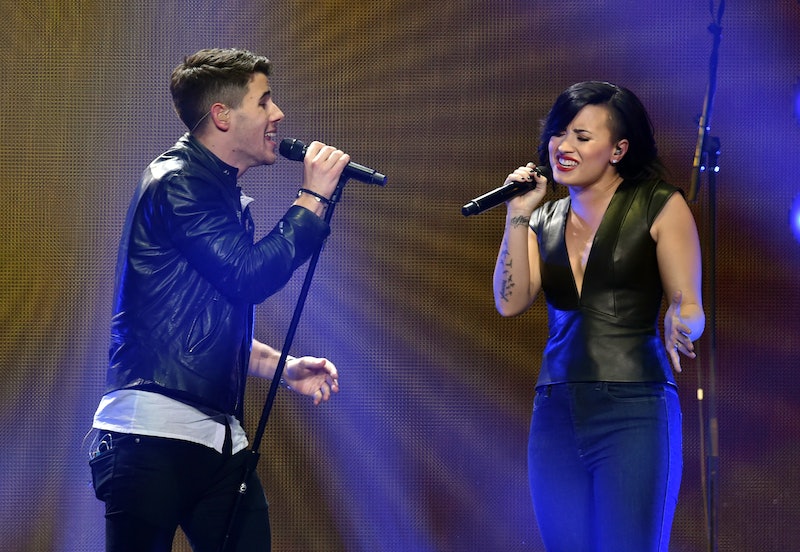 Two former Camp Rock co-stars are making major musical moves. Longtime pals Demi Lovato and Nick Jonas are launching a record label together and the exciting move has a pretty important reason behind it. The former Disney stars are launching Safehouse Records with music executive Phil McIntyre and are doing so through a joint deal with Island Records. The reason? According to the press release for the new label, the group wants to create a label that is "artist-centric" and will give musicians more creative control over their work. That's huge for Lovato, who is a part owner along with Jonas and McIntyre. The "Heart Attack" singer told the press:

It’s incredibly exciting to be part of this new company where I’m in control of all aspects of my career. I can’t wait to share what we’re working on!

It's not very surprising that Lovato and Jonas are interested in launching a record label that puts the creative control in the artist's hands. Nick's older brother and Jonas Brothers bandmate Joe Jonas recently told Vulture about the pressure that the group was under to live up to a certain standard, both musically and publicly, while under contract with Disney. Now that the Jonas Brothers have disbanded, Jonas has tweaked his sound and edged up his image. The same can be said for Lovato, who also said in an interview with Access Hollywood that she felt pressured to live up to a brand image, specifically during her own Disney days.

By putting more control in the artist's hands, Lovato and Jonas are doing what they believe is best for the people they bring onto the label — something that they didn't always necessarily have while working under bigger corporations. It's cool that Lovato and Jonas are encouraging more autonomy for artists, and hopefully Safehouse Records will introduce us to even more independent spirits whose songs we can't wait to sing along to.