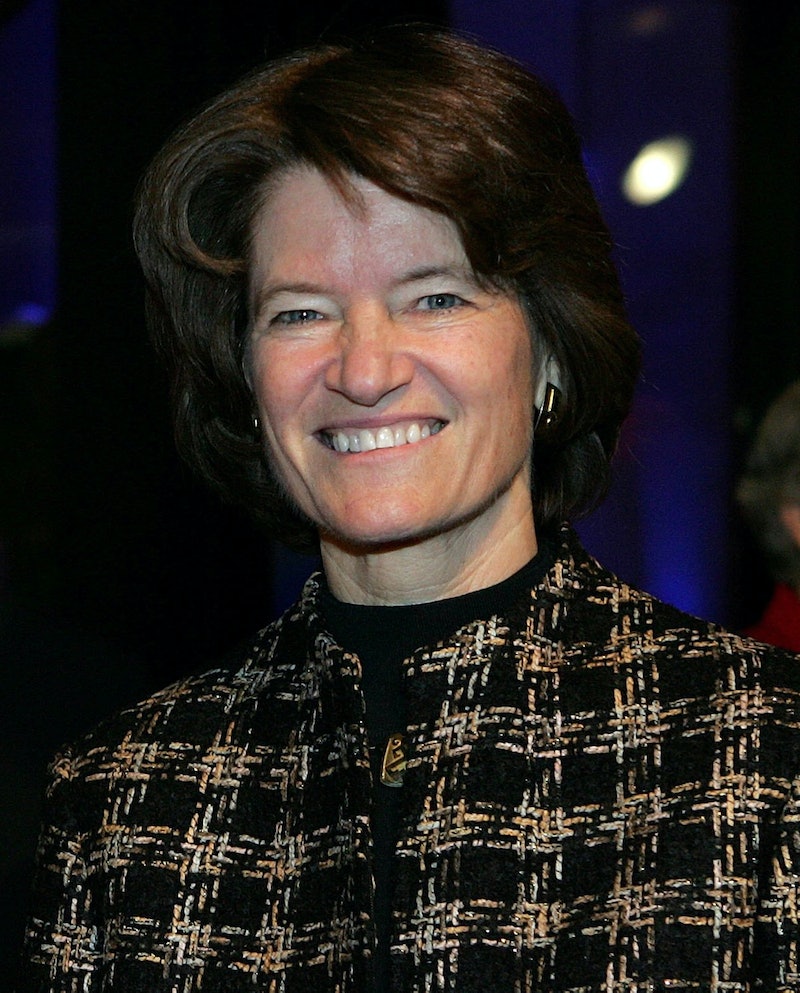 Tuesday marks the birthday of famed astronaut Sally Ride, the first American woman to travel into space. The date created quite the social media stir: Google released a Doodle to commemorate the occasion, and after that Hillary Clinton, another feminist icon, published posts about Sally Ride to her campaign Facebook and Twitter pages.

Ride died in 2012 from pancreatic cancer, but the men and women she inspired are determined to remember her today. Her experience as a professor, scientist, investigator, and astronaut has been widely praised. Ride was inducted into the National Women’s Hall of Fame and the Astronaut Hall of Fame and earned the NASA Space Flight Medal twice. A U.S. Navy research ship and two elementary schools bear her name.

Although Ride is best known for being the first American woman to travel into space, she also embarked into the male-dominated field of the sciences to pursue her passion. She excelled in many areas and is remembered for more than her journeys in the Challenger. Ride faced gender discrimination and scrutiny but became a heavily cited role model for women interested in physics. Clinton and so many other wonderful ladies care about this boundary-pushing woman, here are some reasons why you should remember Sally Ride too.

She Wasn't Only The First American Woman In Space

She Originally Intended To Be A Professional Tennis Player

In college, Ride was a nationally ranked tennis player. At Swathmore College, she won the Eastern Intercollegiate Women's Tennis Championships twice. Her biographer Lynn Sherr has argued that the hand-eye coordination she got from playing the sport helped her operate the robot arm in the Challenger.

Ride found a call for entrants to the space program in a student newspaper and was one of six women selected. She had to beat out an estimate of 8,000 other applicants to get the job.

She Wrote Children's Books About Space

Ride co-authored books about space for children. She described what it was like to travel into space and called on the youth to protect the planet from global warming.

She Flew A Plane To Her Wedding

When Ride married Steve Hawley in 1983, she flew her own plane to the Kansas wedding. She even wore jeans and a rugby shirt to the ceremony.

She Was A Big Star Trek Fan

It only makes sense that the famous astronaut would be a Trekkie. Nichelle Nichols, who played Lieutenant Uhura on Star Trek, spoke out about her admiration for Ride when she died.

She Leaked A Report While Investigating The Challenger Explosion

Ride was on the team that investigated the Challenger and Columbia accidents. During the Challenger investigation, she received a report that NASA knew that the shuttle’s O-rings could potentially fail in cold temperatures. The truth was discovered when Ride passed the report on to another member of the investigation group.

Part Of The Moon Is Named After Her

Along with the schools and the ship, Ride gave her name to part of the moon. Ride worked with middle school students to take pictures of the moon with a spacecraft, and when the mission ended, the craft crashed into the moon. NASA called that place “Sally K. Ride Impact Site.”

As Clinton's posts say, Ride showed girls that the sky is not the limit.