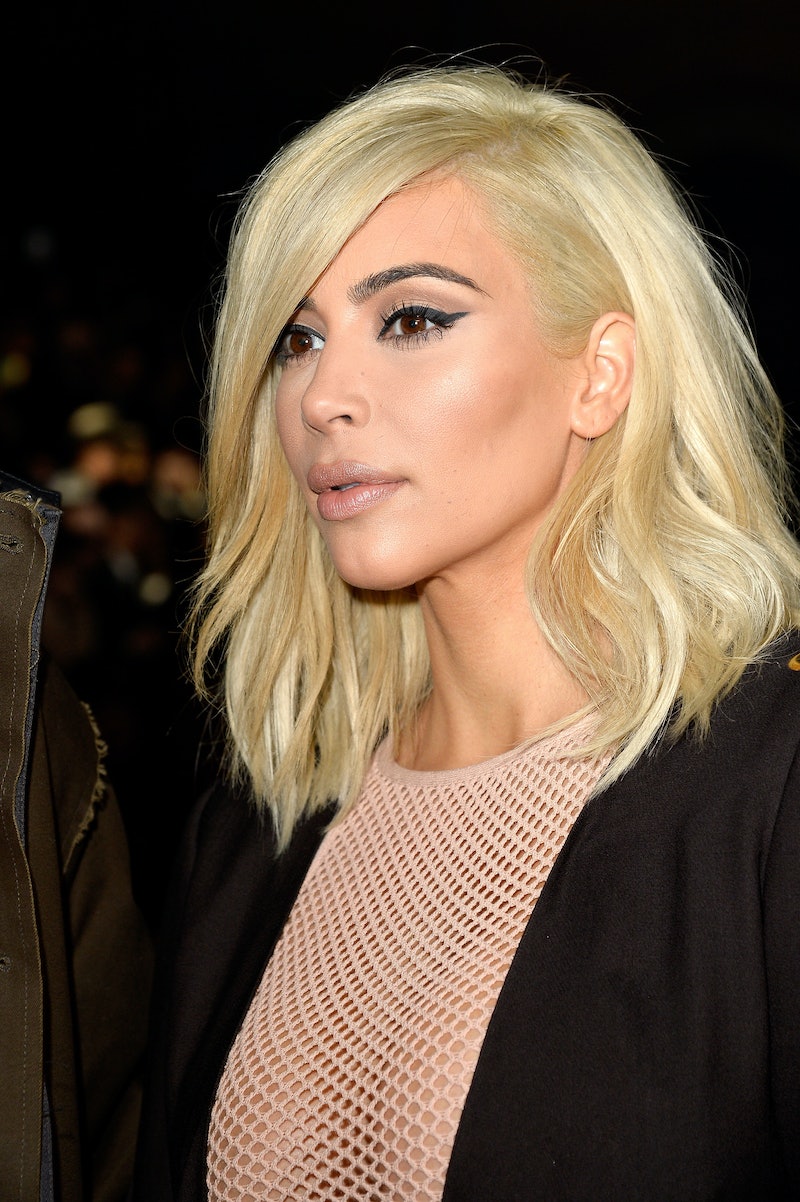 The Internet pretty much lost their sh*t when Kim Kardashian dyed her hair blonde and debuted it this past March in Paris, creating memes comparing her to Draco Malfoy and Lord of the Rings' Legolas. But just after a few weeks, the Selfish author went back to her natural brunette locks that were part of her signature look for years. Now, we're getting another glimpse at her lighter locks, as Kim Kardashian went platinum blonde again for Vogue Brazil's June 2015 issue.

Shot by Ellen Von Unwerth, Kim was on the cover in a black long-sleeved turtleneck and a navy blue hip-hugging skirt. The focus was all on her bright locks, as her makeup and lips were kept minimal. Hello, Marilyn, am I right? Her photo was accompanied by the caption "Bombshell effect: better representative of the curvaceous silhouette rising in the red carpets," in Portuguese, according to the Daily Mail.

In the issue, which was fittingly named "Mother Selfie," Kim defends herself, and tells those that have put her down that they have no merits judging her until they've lived in her shoes. Pretty sound advice that we should all abide by.

The promotional video that was posted on both Instagram and Twitter featured Kim getting dolled up, à la Marilyn Monroe, powdering her face and applying lipstick, with a steady countdown and showing a little bit of cleavage. Inside the issue, Kim is featured topless in some of the spreads.

This isn't Kimmy's first time on Vogue—she's also appeared on the cover of American Vogue with hubby Kanye West in a wedding-esque dress, and in front of Vogue Australia in a white bodysuit and skirt combo frolicking on the beach. Looks like she's taking magazine covers by storm, one hair color at a time.