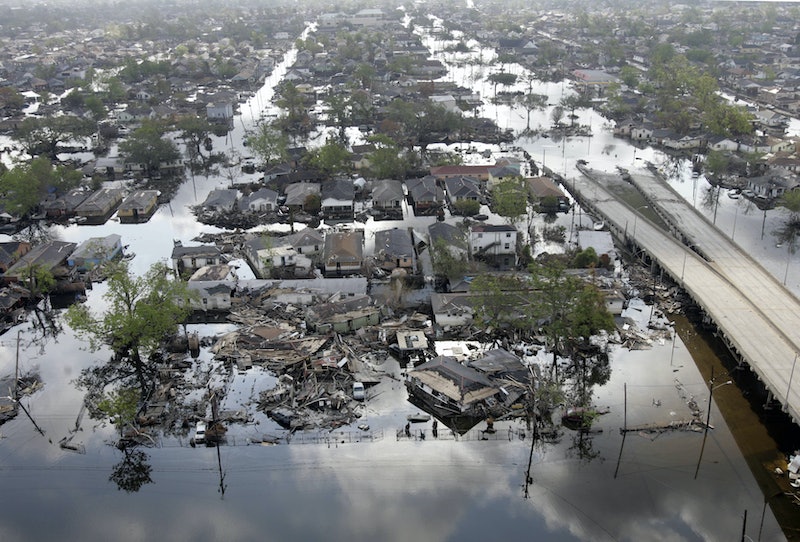 The plains area has become exhausted with the flash flooding in Texas and Oklahoma, with the storms causing more than 10 deaths throughout the weekend. Flash flooding kills more than 140 people per year, according to the National Weather Service Weather Forecast Office. In the United States, they kill more individuals each year than large hail, tornadoes, and damaging straight-line winds combined. The serious situation brings to mind other extremely dire floods in American history.

The largest floods in American history have created a death toll measured by scores or even hundreds. In addition, they also cause about $6 billion in damages per year in this country and $3 trillion worldwide, according to National Geographic. However, some individual floods have racked up property costs in the billions by themselves.

Flash floods begin hours or minutes after rainfall hits and then leave quickly, creating incredibly dangerous situations. Areas with large rivers nearby are most dangerous for flooding. For instance, the Mississippi River has caused some of the most deadly flooding in the country, but any place where it rains can be vulnerable. Dams and new housing developments can also cause flooding, along with mountainous or coastal regions. All of these situations have seen various devastating floods throughout American history. The eight worst American floods are listed here from least to most damaging.

This flood lasted from May to October and caused $15 billion in damages, making it the second costliest American flood on record. The water stayed in flood stage in St. Louis for 81 consecutive days, and 50 people died, according to Time.

This Colorado flash flood only lasted one day, July 31, 1976, and left 144 dead, according to The Denver Post, and cost $35.5 million in damages. The mountainous region makes flash flooding particularly impactful.

South Dakota is another area prone to flash flooding, and this one killed 238 and cost $165 million, according to Rapid City Public Records. This one occurred at night, which was even more dangerous because people were sleeping and confused.

The Category 5 hurricane hit the Gulf in August of 1969, killing about 256 people. According to the National Weather Service, Camille moved through the Appalachian Mountains, leaving flash floods throughout the East. Three people in Cuba also died as a result, and the damages amounted to $1.421 billion, according to the National Hurricane Center.

Generally considered the most destructive flood of American history, this natural disaster killed 500 people and left 600,000 homeless, according to PBS. It stretched across 15 million acres of land, spanning to Illinois, Missouri, Kentucky, Tennessee, Arkansas, Mississippi, and Louisiana.

Hurricane Katrina is the most expensive natural disaster in United States history, costing $81 billion. The weather killed more than 1,800 people and impacted 15 million. According to Al Jazeera America, 80 percent of New Orleans was underwater, and the community still feels the impact of the tragedy today.

A failed dam is a dangerous way to start a flood, and that's what happened in May of 1889 in Johnstown, Pennsylvania. South Fork Dam failed, releasing 20 million tons of water and killing more than 2,200, according to the Johnstown Flood Museum.

According to the Library of Congress, a whopping 8,000 people died on Sept. 8, 1900, when a hurricane hit Texas and left treacherous flooding behind. Before that flood, Galveston was a booming city, but the natural disaster was crippling.