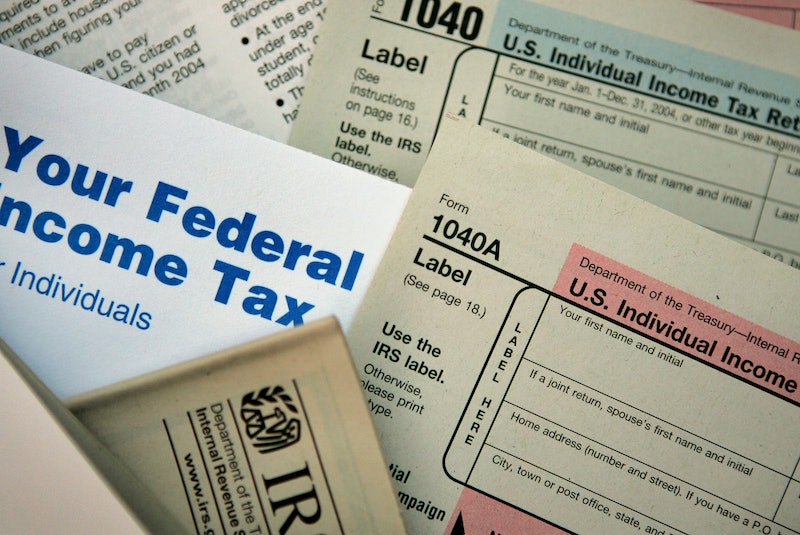 Tax season may have officially ended last month, but for hackers, it's open season for your tax info all year. The IRS on Tuesday announced more than 100,000 taxpayers' personal info was stolen in a likely attempt to steal identities and claim fake tax refunds. If you're worried about how to know if your tax info was stolen, take solace in knowing the IRS is working to fix the problem and will reach out very soon.

According to the IRS, hackers successfully accessed more than 100,000 tax returns through the "Get Transcript" system, which allows taxpayers to download filings from previous years. Past tax returns are sometimes needed for loan applications or college financial aid, but these copies obviously also contain personal information that could allow hackers to file fake tax returns. The IRS said the hacked filings were accessed sometime between February and mid-May of this year.

The IRS will mail notification letters later this week to everyone whose "Get Transcript" account was hacked. These letters will not ask for any personal information, so if you receive a suspicious notice, don't pay any attention. The agency is also offering free credit monitoring and flagging affected taxpayers on its main system so it can keep track of any potential identity theft activity moving forward.

The hackers, whom the IRS has identified as belonging to sophisticated crime organizations, had to have known a lot of personal information about the taxpayer, such as a Social Security number, date of birth, tax filing status, and street address, in order to pass the system's security screen. The IRS was notified about the breach when technicians saw an increase number of taxpayers requesting transcripts. The agency also said in a statement that its main system, which handles actual tax filing submissions, was not affected.

The IRS is continuing to conduct further reviews on those instances where the transcript application was accessed, including how many of these households filed taxes in 2015. It’s possible that some of these transcript accesses were made with an eye toward using them for identity theft for next year’s tax season.

If you receive a letter and your tax refund ends up being stolen, report the incident with the IRS, check your credit report, and change your passwords. If you don't receive a letter, there's nothing you have to do at the moment. But even if your account wasn't hacked this time, it's always important to be on alert for any weird activity happening on any of your accounts, whether with the IRS or at your bank.