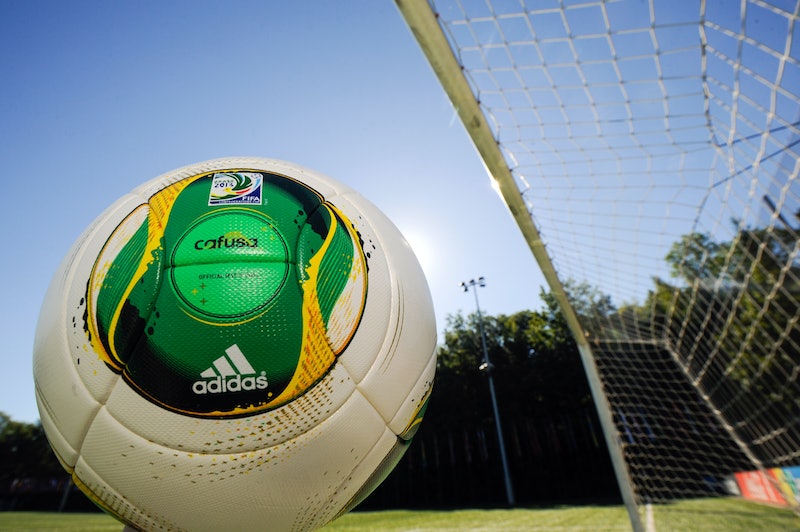 On Wednesday, several FIFA officials were arrested and indicted on corruption charges including wire fraud, racketeering, and money laundering, according to The New York Times, citing multiple law enforcement sources. The charges are reportedly in response to allegations of widespread corruption in FIFA (International Federation of Association Football) throughout the past 20 years and could change the face of the world's most popular sport. It wasn't clear as of Tuesday evening who exactly would be charged, according to The Wall Street Journal.

The indictment alleges corruption that is rampant, systemic, and deep-rooted both abroad and here in the United States. It spans at least two generations of soccer officials who, as alleged, have abused their positions of trust to acquire millions of dollars in bribes and kickbacks. And it has profoundly harmed a multitude of victims, from the youth leagues and developing countries that should benefit from the revenue generated by the commercial rights these organizations hold, to the fans at home and throughout the world whose support for the game makes those rights valuable. Today's action makes clear that this Department of Justice intends to end any such corrupt practices, to root out misconduct, and to bring wrongdoers to justice — and we look forward to continuing to work with other countries in this effort.

FIFA leaders were already gathered in Switzerland for the organization's annual governing meeting, where current President Joseph "Sepp" Blatter is expected to be reelected for his fifth term. Blatter reportedly is not one of the officials being charged, according to CNN. Swiss authorities began carrying out an operation early Wednesday morning to arrest top soccer officials and extradite them to the United States on the federal corruption charges, the Times reported.

The bribery suspects — representatives of sports media and sports promotion firms — are alleged to have been involved in schemes ... totaling more than USD 100 million. In return, it is believed that they received media, marketing, and sponsorship rights in connection with soccer tournaments in Latin America.

The soccer organization has been at the center of controversy for decades. Last December, FIFA agreed to release a full report of its investigation into whether there was corruption in the bidding process for the 2018 and 2022 World Cups. FIFA's ethics committee determined there was no corruption found in the process. Russia and Qatar won those bids, and Blatter said at the time the countries would continue to host the highly spectated event despite the inquiry.

What's curious about the to-be announced indictment is how U.S. authorities will establish its legal jurisdiction even though the alleged crimes took place overseas. According to CNN, prosecutors reportedly believe they can pursue charges because of the broad reach of U.S. tax and banking regulations as well as the financial contributions of American TV networks, which pays billions to air FIFA games.

U.S. prosecutors are expected to announce the indictment at a news conference Wednesday. The Brooklyn U.S. attorney's office is leading the investigation, and U.S. Attorney General Loretta Lynch, Federal Bureau of Investigation Director James Comey, and Internal Revenue Service criminal chief Richard Weber are set to appear for the announcement, according to The Wall Street Journal.