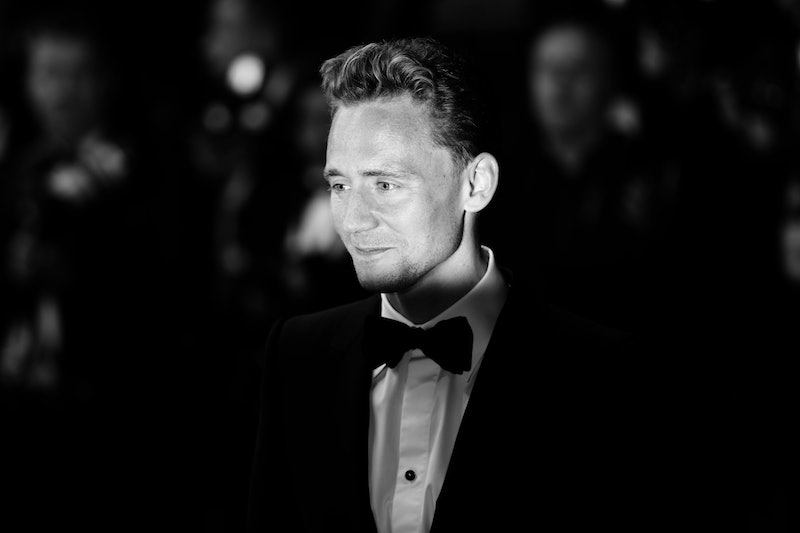 Tom Hiddleston is made of magic. You know that, I know that, the world knows that. Much of this is being brought to the surface right now because of his recent press tour for Thor: The Dark World. And I'm pretty convinced it was orchestrated by some ancient benevolent gods specifically to make up for some of the other crap that goes down in the universe. This includes many a "Hey look at my new movie!" interview, every single one of which has left us fangirl!weeping in the general directions of our computer screens as we type all-caps phrases like "I JUST CAN'T" and "HAVE YOU SEEN??!"

The latest in these was an interview with Entertainment Weekly, in which he is asked to respond to the popularity of Loki — and in which Loki is referred to as a "sexy beast":

That’s the first time anyone has ever used that phrase about Loki. It’s fascinating isn’t it? I don’t know because it’s not a part of the conscious construction. I take relish in playing him. I think there’s a physical self-possession about him, a self-acceptance. Of course I’ve been very exacting about his physicality. You know, I was born with very blonde, curly hair, and a mixture of Scottish and English genes, and my complexion is very ruddy and healthy. In making him with this raven black hair and blanching my face of all color, it changes my features. Suddenly my blue eyes look a lot bluer, which lends a severity to my face. And even my own smile has a distorted menace to it. Whatever comes through me naturally is distorted. It’s almost like a filter on a light.

While Loki's particular tortured sexiness is indeed quite notable, though, it is only a small part of the still-burgeoning wonderfulness that is Tom "Hiddles" Hiddleston. Because Tom Hiddleston is already making fanpeople sob and ovaries activate, but his fandom, like that of Benedict Cumberbatch, is still mainly relegated to the Internet. We sense that's about to change. So let's explore Hiddles, shall we?*

Here are some of the many reasons we love him so far:

It has been mentioned in multiple interviews that Tom Hiddleston can (and does) quote Hamlet at length. This is evident from his portrayal of Thor's Loki, as well as from the fact that he got the job from friend/colleague Kenneth Branagh, the most Shakespearean man to ever Shakespeare in a whole lotta years.

Hiddleston has been in stage productions like Othello and onscreen in BBC's productions of Henry IV and Henry V. He's also worked extensively with the Donmar Warehouse, where he will be playing the title character in Coriolanus soon. And have you seen the rehearsal photos from that? Because they're...important.

Basically: He's a thespian to the highest degree, and he will talk about art and language with you all through the day and night.

Have we mentioned today how much we love/envy/hate Josh Horowitz? Because we're pretty sure he got paid to have a pillow fight with Tom Hiddleston, and that fill us with rage.

He Puts a High Premium on Compassion

Tom Hiddleston fits mightily into the trope of the British gentleman, but it's not because he went to Eton; it's because some people were really mean to him when he was working a retail job when he was younger and so he decided to never be mean to anyone ever again.

He just loves life! Which makes us love life!

And have you heard him reading Shakespeare's Sonnet 130? Because ugh, why aren't we married yet, Tom Hiddleston?

And yes, we know: Nobody's perfect.

Except for Tom Hiddleston and Jennifer Lawrence, who should probably be in a movie together or move in with us or something. Just brainstorming.

*It should be noted that I had completely finished writing this article when a glitch erased it all and I had to reconstruct of all of it. So if I have forgotten something, forgive me, for I have been RAVAGED BY TECHNOLOGY and the only cure is more of Tom Hiddleston's face. Image: Tumblr