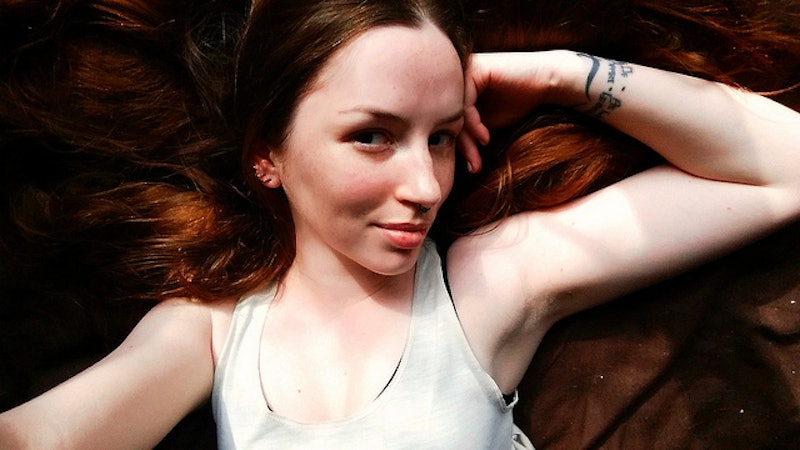 My name is Léa Rose Emery and I've had sex with between 20 and 30 people. I can't tell you exactly how many, because quite frankly I've never given a damn enough to write them down and count. So, what does my sex number mean? I know to some people that will read like a large amount and to some it will read like a small one, and I really don't think it matters. I've been sexually active since I was 15 and I'm about to be 28 years old, which means I've been sexually active for 13 years. I've gone through long periods of being in monogamous relationships when I've been faithful and I've gone through long periods where I've been single. Although one night stands have never been for me, I've always been casual about sex and have a firm belief that it can be healthy and fun outside of a relationship. So there we go. Thirteen years of sex and, say, 25 partners. What does my number say about me? I don't think a whole lot.

Why are numbers such a big deal? Why do we think they reveal something about us people? Yes, maybe a higher number suggests a more open attitude toward sex and a lower number suggests being more selective, but I don't even like thinking about it in terms of a higher or lower because, well higher and lower in relation to what? It suggests a 'normal' or 'right' number out there and I call BS on that. NBC reports a National Center for Health Statistic Survey that says women average four partners. Does that sound right? Maybe. But that was looking at women 20-59, and that's a big range with people that sexually developed in very different time periods. A lot can change based on context— four would be a low number in my friendship group, but in a religious circle it could be astronomical. But the point is, it shouldn't matter. Marie Claire looked at five women and their numbers varied from 0 to 100. And you know what, they all seemed pretty normal.

Also, a specific number isn't that telling at all. Say you are 25 years old and have been sexually active since you were 15, and your number is 20. This could mean you've never had a serious relationship, but despite being single you've only sex with two people a year, which eventually added up to 20. Or it could mean you've been a monogamous relationship for 9 years, but that one year you were single you had a hell of a Full Moon party on your trip to Thailand. Those are two very different attitude towards sex. Everyone's history and their relationship with sex is individual. I've had friends that have only had sex with one person and they're some of the horniest bitches I know, others have had sex with way into the double digits but now their sex drives have slowed down and they have very little interest in sex. A number isn't going to tell you very much. Except this:

Finally here's what your number of sexual partners says about you! The definitive list:

There we go. Can that be settled now? Because the only reason numbers are taboo or controversial is because we act like they should be. I have lots of friends, especially women, who have either evaded or outright lied when it comes to discussing how many sexual partners they've had. And a lot of people, especially men, ignore or don't want to imagine their current partner has had sex with anyone but them, or at least that she only did it with serious boyfriends. It leads to the bizarre suspension of disbelief on both sides where everyone knows that they've both had sex and experimented in the past but put cover their ears and say "Lalalalalalala I can't hear you" when anything close to the topic comes up.

It's a weird, contrived, dishonest dance between two people who are supposed to be incredibly close, and it's one I just wouldn't want to do. Plus it's deeply, offensively sexist. Let's stop lying about the extra-relationship sex so many of us are having. Own your number, whatever it is. Because whatever it is, it is fine.