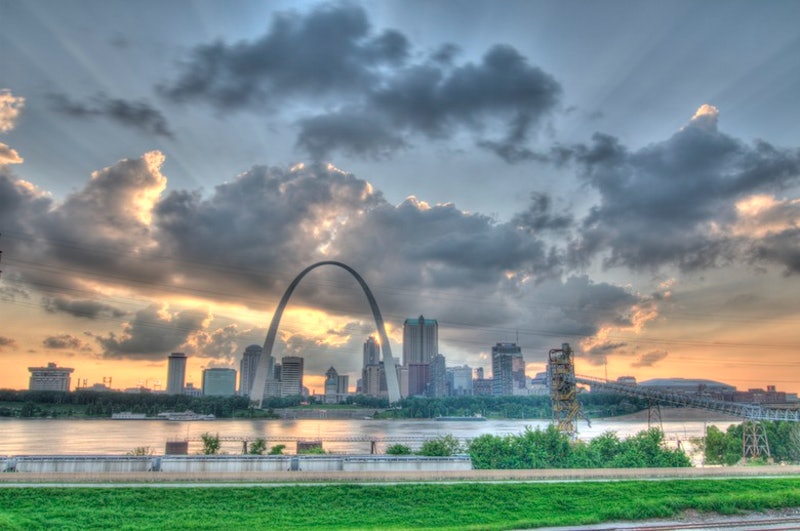 Vacation season is great — but unfortunately it may have missed the recession memo. Vacations can be expensive, from airfare, lodging, recreation and food, so thank goodness for staycations, right? In order to help you figure out if it's worth it to get out of town or stay put on your days off this year, WalletHub released a recent study ranking the best and worst cities for staycations this summer. More and more people are choosing to use their paid time off and vacation days not dealing with the expense and hassle of traveling, but rather to explore their own cities — and if this ranking is anything to go by, a lot of them have the right idea.

WalletHub considered 17 of the most important factors in ranking the 100 most populated U.S. cities, including which places had the most golf courses and swimming pools per capita, as well as the number of spas and museums and what the weather is like. When you consider that the average cost of vacation per person in the United States was $1,145, or $4,580 for a family of four in 2013, it makes sense to explore the offerings in your own town; I don't know about you, but I definitely don't want to have to work through my weekends in order to be able to afford a week away.

However, 81 percent of U.S. citizens are planning a summer vacation this year. So before you book that plane ticket take a look at the list of best cities to staycation in and maybe you'll be able to have your summer vacation right at home. Here's the top 10; head on over to WalletHub to see the full ranking of all 100 cities.

With attractions like Disney World in your backyard, not to mention fabulous beaches, it's no surprise Orlando ranks first to just stay at home.

Atlanta has beautiful weather, and a city full of experiences waiting to happen. Why leave?

Baseball, food and beer: All great reasons to stay put in OH.

Scottsdale is ranked fourth in the country for best food and entertainment. Even if you live there, have you really tried it all?

Idaho isn't just known for its potatoes. Maybe you shouldn't be one on the couch either and get out and explore the city.

OK, maybe you've seen the arch. But St. Lewis is also ranked sixth in the country for recreation and activities, so there's plenty to do beyond see the sights.

Pittsburgh ranks second in the country for food and entertainment. There are an abundance of options for museums and performing arts.

Tampa ranks first in the country for cities to rest and relax in. Why deal with airfare and packing when you can just sit back and relax in your own town?

Portland is known for its quirkiness. There's so much to explore between the beautiful outdoors and exciting nightlife, so stay home and get out.

This is a no brainer. It's Vegas. What happens there stays there, maybe you should too.

More like this
A Guide To All Of Zach Shallcross' 'Bachelor' Filming Locations
By Brad Witter
25 Galentine's Day Games To Play On Zoom With Your Long-Distance Besties
By Mia Mercado
21 Galentine’s Day Memes To Celebrate Your Best Friends
By Meghan Bassett and Mia Mercado
Dunkin’s Valentine’s Day Lineup Includes A Drink That Tastes Like Dessert
By Alexis Morillo
Get Even More From Bustle — Sign Up For The Newsletter
From hair trends to relationship advice, our daily newsletter has everything you need to sound like a person who’s on TikTok, even if you aren’t.