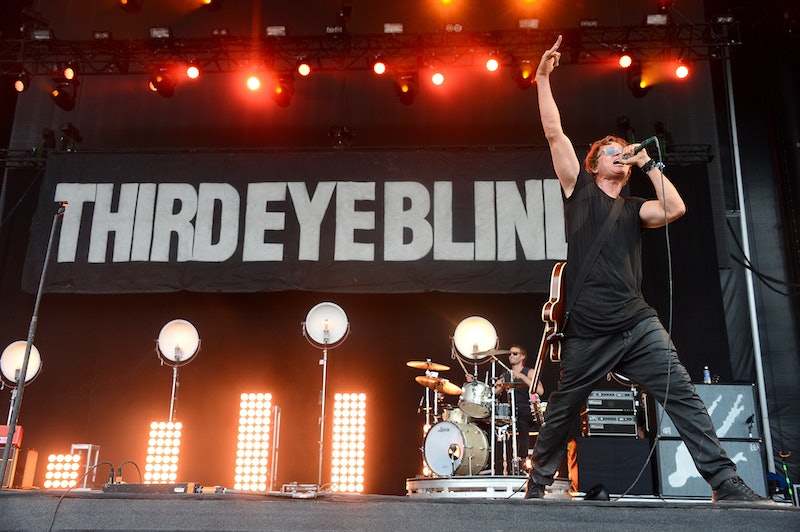 Guys, I'm not going to lie, it’s a total bummer being an adult — mostly because coming to terms with the fact that change is a major part of life sucks. Unfortunately, though, it's one that we have no choice but to learn to cope with. That said, if you're feeling a bit nostalgic for yesteryear — specifically, the '90s — this latest news may just be the worst thing you hear all day. In fact, you may want to sit down for this. Are you ready? As it turns out, Third Eye Blind has made their last album.

Take a deep breath; it’s not time to unearth your emo kid gear in protest just yet. Band frontman Stephan Jenkins told HuffPost Live that it’s just the way “the biz” works these days that has them changing their tune. They’ll still produce music we can bask in, just a bit differently than before. So, I suppose not all is lost.

Of the final album, Jenkins said:

It's going to be the last LP, in the sense of the standard practice of writing a bunch of songs, recording, setting up the album, all of those things... When I write a song, I want to post it, [send] out to the universe, and it's done. I think my process now works better with the digital tools for uploading. I'm not going to worry about ways to monetize this; I'm going to go by the happiness quotient.

So, in honor of the generous "happiness quotient" Third Eye Blind has given us over the years with their legendary music, here are nine of their most memorable songs:

You can take comfort in the fact that in whatever bar you enter in the US, legitimately every patron will know and belt out every word to this song when it plays. And, lets be honest, it always plays.

If my future children ever ask me what the '90s were like, I'll simply play this song for them and say "legitimately nothing else."

You can pretend you never made the lyrics to this song your AIM away message, but we all remember.

"Deep Inside Of You"

OK, so maybe I was naïve and innocent and didn't understand the double entendre of the title...but now that I do "get it," it's even better than I previously thought.

Best heard as it was when it was introduced to you — through your walkman speakers. Let's be real.