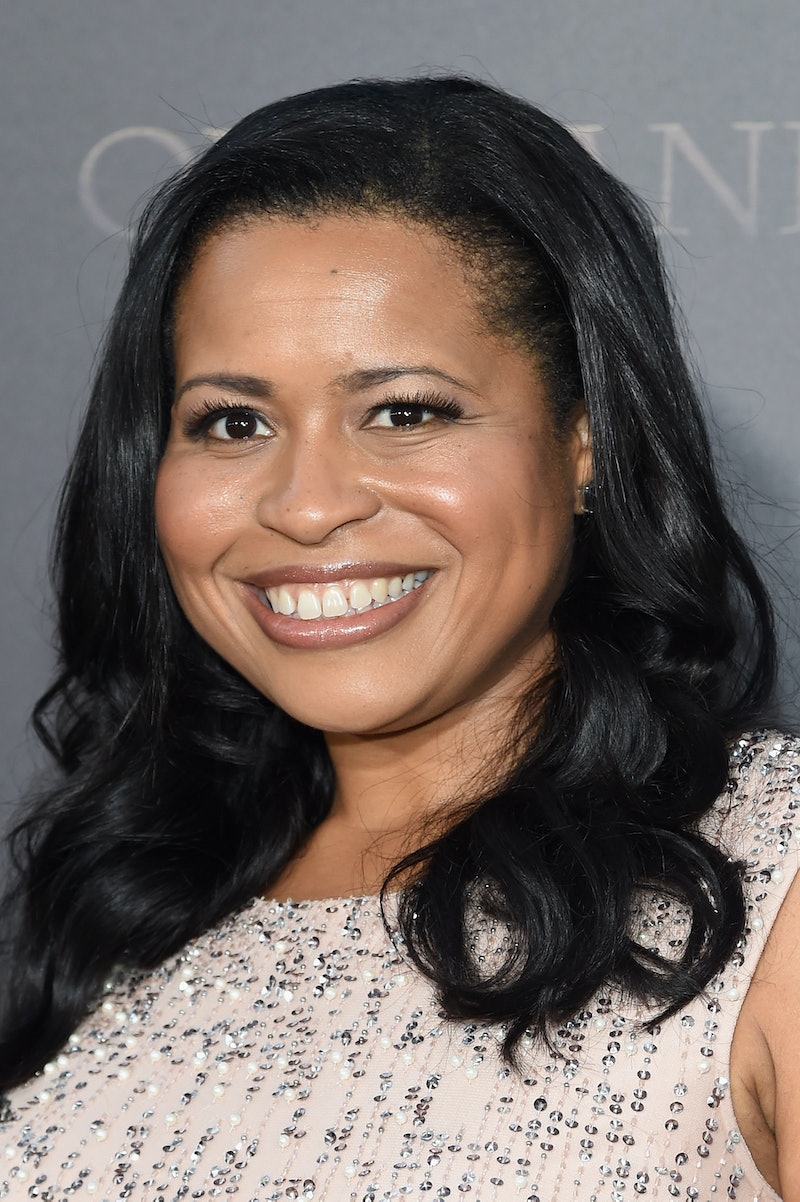 Love, betrayal, hope, greed, sex, violence: Season 1 of Starz hit show Power has it all. An epic drama centered around drug kingpin Ghost (played with depth and nuance by the gorgeous Omari Hardwick) leading a dangerous double life as he struggles to leave the streets behind. Entangled in a steamy affair with his first love, he’s hustling to go legit — much to the dismay of his wife and best friend. It’s a new version of a story we’ve seen before (antihero leading a double life), but this version is elevated by its tense storytelling and painfully human characters. The wizard behind the curtain is Power showrunner Courtney Kemp Agboh, series creator and mastermind who brings them all to life. Agboh took some time to speak with Bustle about the show’s characters, finally revealing that she based Angela off of herself, but is still the most like Ghost.

“They all represent me in different ways” Agboh says, reflecting on the different characters, male and female, who inhabit this dangerous world. Despite the men wielding most perceived power, it is the women who are running things behind the scenes. Tasha and Angela (Ghost’s wife and lover, respectively) are both complete forces pulling Ghost in different directions while trying to hold their own lives together. When we asked if any of the women were modeled after herself she had a surprising answer: Angela Valdes. “There are aspects of Angela's workaholism — when you first see her she is obsessed with work and she’s very focused on achieving. I wrote about myself in some extent in that way,” said Agboh.

It’s that high-achieving, focused edge that makes Angela stand out, and steer clear of the “fantasy other woman” trope she could have fallen into in lesser hands.

“There is a fight that she and Ghost have in the season where she confronts him and says ‘you never thought about me and how complicated my life is without you.,’” says the showrunner. “Not without you in the sense that they are broken up, but in addition to him. He is only looking at her from the position of himself.”

Angela is more than just Ghost’s past, and that driven nature as an ambitious FBI agent is all Agboh.

“I think that every character has a lot of me in them” Agboh said, commenting on the diverse group of people, all striving for their own power. Though Angela is based in part off of herself, she has a surprising answer for who she is the most like: “Ghost. Minus the murdering and the killing and the shooting people and the dealing drugs, I don’t do any of that.” As if that was ever in question.

At its core, Power asks some pretty universal questions: Can people change? Can I escape my circumstances? Who do I really want to be? These are things that everyone can relate to.

“The things he (Ghost) is struggling with belong to any time and any place. There are people dealing with these questions all over the world. That’s what makes the show work,” she said.

Agboh is clearly asking the right questions with Power. I know I’ll be watching to see what they do next, to find out if any one of these deliciously layered people manage to achieve their own version of power.