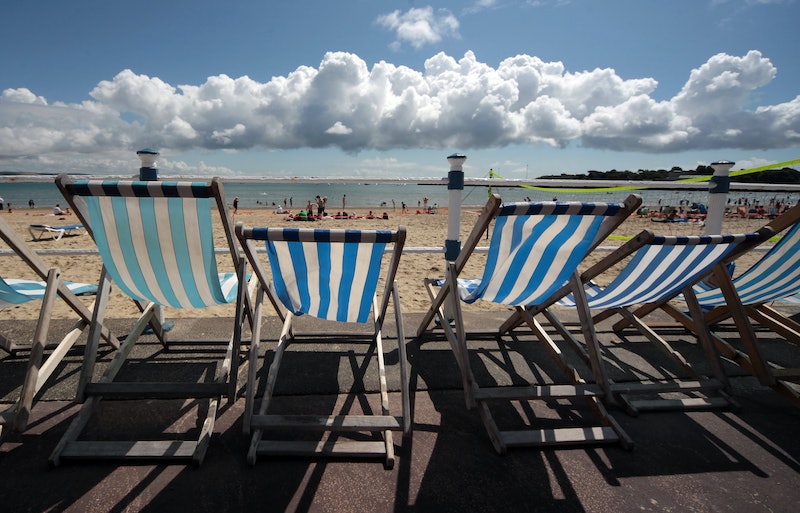 Most people tend to associate summer with happiness — the sun is shining, the weather is warm, and if you're still a student you have three months off. But for some people, seasonal affective disorder kicks in during the summer instead of the winter, meaning beach season isn't fun so much as it is depressing. Literally.

Seasonal affective disorder, which has the apt acronym SAD, is a type of depression brought on by changes in season. For most people who experience this phenomenon, symptoms begin in fall and continue through the winter, eventually ending with the coming of spring. But for some, symptoms begin in spring or early summer. Which sucks, especially since many people don't realize what's happening because seasonal affective disorder looks somewhat different in the summer than in the winter.

All people with seasonal affective disorder typically have their symptoms begin and end around the same time each year, usually cued by change in season. But people with winter-onset symptoms tend to eat a lot, feel tired and irritable, and oversleep; people with summer onset symptoms, on the other hand, tend to lose appetite, feel anxious and agitated, and experience insomnia.

Regardless of the season that triggers their symptoms, people with SAD also frequently experience other symptoms of depression as well, including hopelessness, a lack of interest in things you once enjoyed, difficulty concentrating, and lack of self-esteem.

Summer season effective disorder is far more rare than the winter variety, and probably only accounts for about 10 percent of all total SAD cases; as such, there's not as much information about what might cause it, though anecdotal evidence suggests it might be the extra light. Which would make sense. After all, one of the treatments for winter SAD is light box therapy, essentially exposing people to light. If summer SAD is the inverse, it would make sense that people with the disorder are getting more light than they can handle. But the exact causes of both summer and winter versions of seasonal affective disorder are still unknown.

Regardless, it's also entirely possible that, given how relatively rare summer seasonal effective disorder is, that it might be overlooked by healthcare providers. So if you've noticed that you tend to feel anxious or agitated in the summer, if you lose interest in most activities, have trouble sleeping, or any other symptoms of depression, and if those symptoms tend to show up and disappear around the same time each year, you should talk to a doctor or mental health professional about it.

And you should also know that just because most people love summer, there's nothing wrong with you if you don't. If any season makes you depressed, that sucks and also isn't any more or less valid if that season happens to be summer.