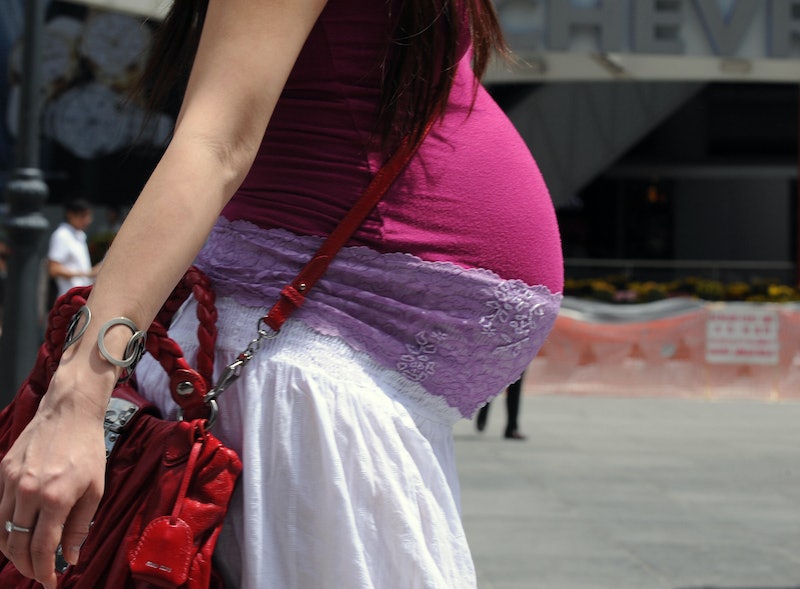 "Pregnant? Need help?" Those billboards dot highways across the country, appearing to extend a hand to women with unwanted pregnancies. But more often than not, the groups behind them are out with an agenda: to coerce women into having a baby using outright lies and scare tactics. But Tuesday, California took steps to require faith-based "crisis pregnancy centers" to give women the whole picture and — get this — the truth about abortion.

The California Assembly passed the Reproductive Fact Act in a party-line vote on Tuesday. The bill is aimed specifically at crisis pregnancy centers, which often pose as full-service reproductive health clinics, but instead mislead women with long debunked "facts" about abortions. The legislation would require the centers to post comprehensive information about a pregnant woman's option in the state, which, yes, includes abortions.

Every woman should have all the information she needs to care for herself and her family during an unexpected pregnancy. The issue with this bill is that it does—despite its authors’ assertions to the contrary—trample on the First Amendment rights of locally funded grassroots organizations, while forcing these organizations to effectively refer for abortions.

But organizations like Godsey's stand in direct opposition to a woman's right to have "all the information she needs."

Crisis pregnancy centers often fuel the pervasive myths you hear about abortions — they will give you breast cancer, they lead to depression — and grossly exaggerate the danger of the procedure itself. Abortion advocacy groups have fought hard to combat these deceptions for years. But unlike California, many states are making it easier for crisis pregnancy centers and, thus, completely inaccurate abortion information, to thrive.

The Guttmacher Institute identified seven states that use tax dollars to provide funding to "abortion alternative" centers. Texas shells out a whopping $5 million over two years, topping the list of states that include Missouri, Kansas, North Carolina, Pennsylvania, Ohio, and Michigan. Two dozen states also authorized money made from the sale of "Choose Life" license plates to go toward crisis pregnancy centers.

With tax dollars in the mix, crisis pregnancy centers have enjoyed relatively little pushback from the states. Until now. The California Senate could hear the bill in committee as soon as June 8. Hopefully, other states begin following its lead in making sure that vulnerable women are getting the actual care that they deserve. An unwanted pregnancy is stressful enough without the fear mongering.