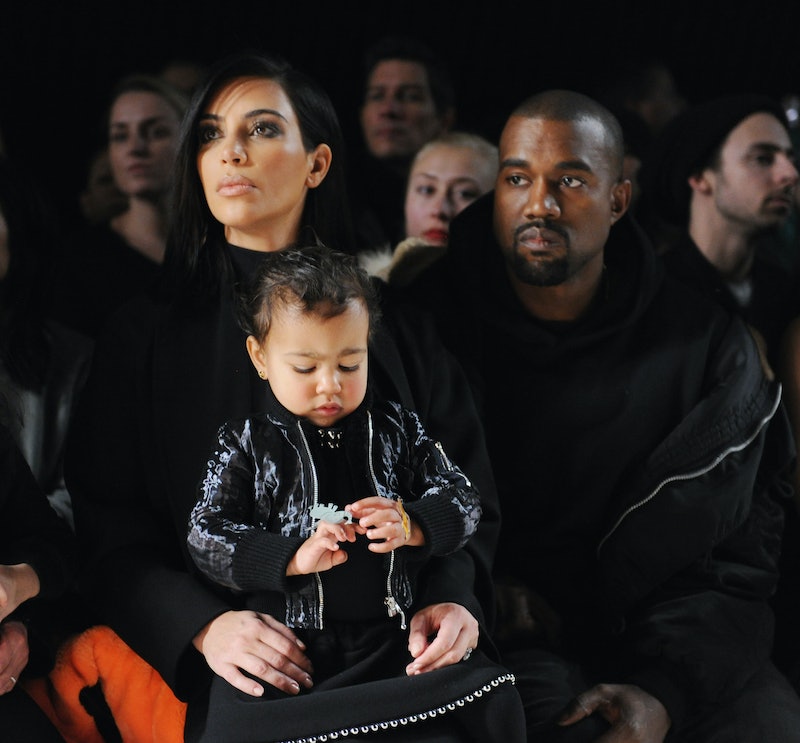 North West is almost inarguably the most fashionable kid on the planet, by no choice of her own, since it's her parents Kim Kardashian and Kanye West who dress her. She may even be a reluctant mini icon. North West often has a ballerina-like style but she also rocks more sophisticated ensembles.

Clearly, Nori's fashionable status cannot be denied, even though some of her outfits border on ridiculous, since she is not quite two years old and is already wearing labels that cost two month's worth of rent for a working adult.

But when I saw her rocking that all-white ballerina ensemble, I began to see her in a new light.

I was struck by how monochromatic most of her outfits are. North is often seen in all-black, and while some haters might find that a questionable and gloomy way to dress a child, I am so down with it, since it's the only color that I wear.

North looked like a little princess in her crisp and summer-ready white clothes. It was a refreshing change to see her all dolled up and ditching the leather leggings, another of my personal wardrobe staples, for a hot second, since those aren't fun to play in a sandbox with.

You know, I am starting to think that North West and I dress alike, even though we are separated by decades in age. Let me step out of this fashion Twilight Zone and take a look at seven of North West's best monochromatic outfits.

North and Kim K were totally a "mommy and me" pair with their matching black ensembles. North wears more black than most New Yorkers in winter.

A leather jacket might seem like a bit much for a baby, but the details, like the beaded piping, kept things crazily cute. She's not about that whole "I dressed myself," accidental mixed prints thing that kids end up doing.

Nori was expertly coordinated in all-white. The cut of that jacket, though...

You can't help but love the pop of color from the butterfly barrettes and those white sneaks, but there's Nori, in her all-black outfit of tights with a long-sleeved tee.

North looked cranky here and I cannot say I blame her, since she was surrounded by a bunch of people trying to take her pic. But she was killing it in her off-white outfit.

Pink tutu x pink leotards... we have a future ballet star in our ranks. Yes, she rocked black shoes, but she was quite the little lady in pale pink.

This somewhat stiff gray and black outfit was likely her most fashion-forward monochromatic look. She remains way chic for a tot, for sure.

North West may not dress like most kids her age, but she probably dresses better than most people who are mine! Girl has quite a grasp on monochromatic and sticking in one color palette. It works for her.