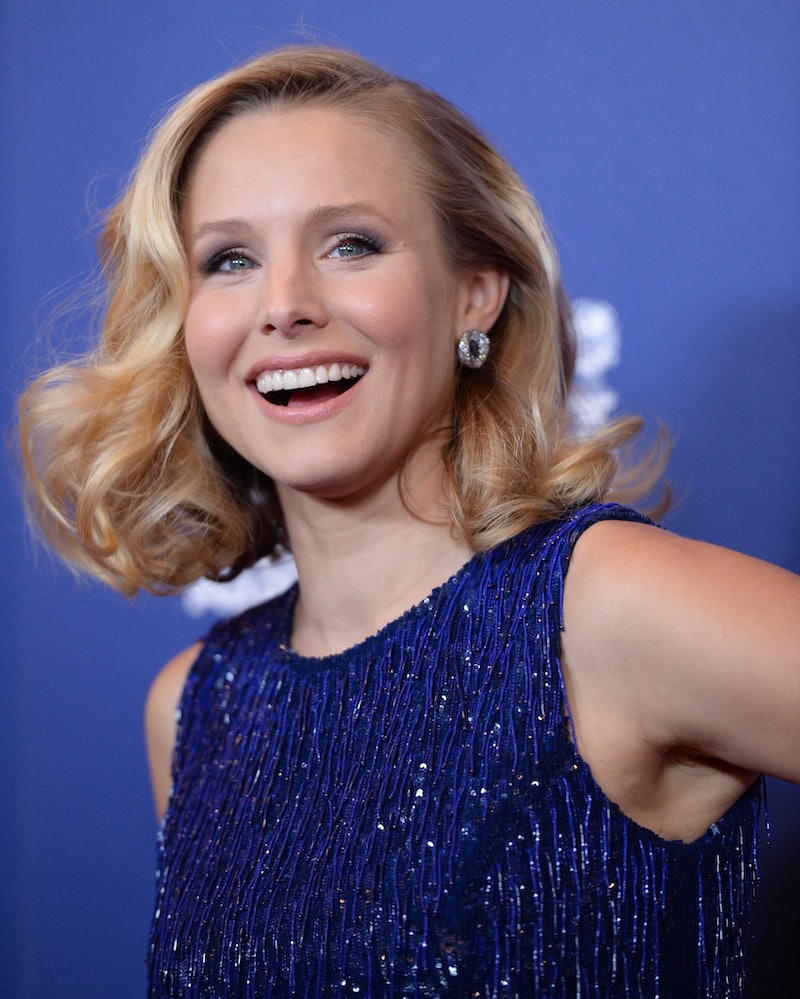 Being a lifelong New Yorker, I’m accustomed to aloof, zombie-like commuters with their headphones firmly secured on their ears and their eyes hidden behind darkly tinted sunglasses. I, myself, am the same way. Commuting is a time to be alone...around hundreds of other people. But, as it turns out, one particular person doesn't see it my way. Apparently, Kristen Bell made a mistake when requesting an Uber car and got into a UberPool commute, where she was disappointed that everyone was so awkwardly quiet. Yep, instead of getting a bunch of fans along for the ride, she was packed into a car with a bunch of dudes who basically just ignored her. Normally, pretending your fellow passengers don't exist would be the typical commuting protocol, except, you know, they were all in a car with Kristen freakin' Bell.

The actress partook in my favorite pastime these days, live-tweeting, in order to relay the torture of the silent ride. And let me tell you, you could practically cut the tension in the “pool” with a knife. Now my main gripe, other than the fact that none of those people had the wherewithal to ask for an autograph or a proper serenade, was that not one of them knew how to strike up a conversation with the actress. It’s one thing to try and make small talk with a stranger, but who doesn’t know Bell from her prolific and high-profile career?

So, because I’m a helpful kind of girl, and horrified that these guys let such an immense opportunity pass them by, here are six questions the next people stuck in an UberPool with Bell can ask her to make her ride better.

This is a loaded question. The answer could span a cross-country UberPool ride.

2. "As an Eagletonian, how do you feel about Leslie Knope being a native?

Well, with that attitude...

What happens after those credits rolled, ya know?

5. "Were those sweatpants actually from Costco?"

Because they're super sweet.

6. "Have you banned the 'Xoxo' salutation from your household?"

Because I would. I really would.