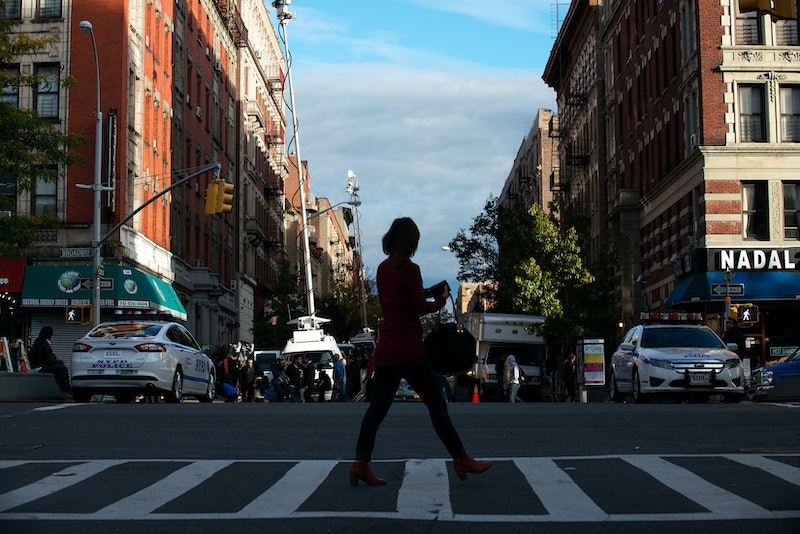 Talk to just about any woman (especially if she lives in a big city) and she'll probably tell you that street harassment is common. But quantitative data on the problem has often been elusive — at least, until now. The anti-street harassment organization Hollaback!'s new International Survey on Street Harassment is providing some much needed numbers on what street harassment is like around the world. And while the information is predictably depressing, it's still great to have the data.

The survey also showed what many women already know, that street harassment doesn't just involve strangers shouting things about your appearance or asking for your number. It can also get a lot scarier. Over half of all respondents reported they had been groped or fondled and 71 percent said that they had been followed.

Walking around in your city — or any city — shouldn't require women to worry about uncomfortable attention from men. And yet all too often it does, and many women reported that they had avoided parts of town, changed their method of transportation, or changed their clothes due to harassment.

So why do men continue to feel the need to tell women what they think of our appearance in public spaces? Why do men think that asking for your number on the street is acceptable or appropriate (or remotely likely to work out)? Why follow someone you don't know or touch someone without their permission? I honestly couldn't tell you, but they seem to do it a lot, all over the world. And it really needs to stop.

You can find more detailed country by country information on Hollaback's website here.

More like this
How To Fight For Reproductive Rights, Based On How Much Time You Have
By Courtney Young
34 Quotes That'll Inspire You On Juneteenth & Beyond
By Syeda Khaula Saad and Siena Gagliano
The Families Of Grenfell Tower Are Still Waiting For Justice, Five Years On
By Bustle UK
5 Concrete Ways To Take Action Against The Rwanda Deportation Plan
By Rachel Mantock
Get Even More From Bustle — Sign Up For The Newsletter