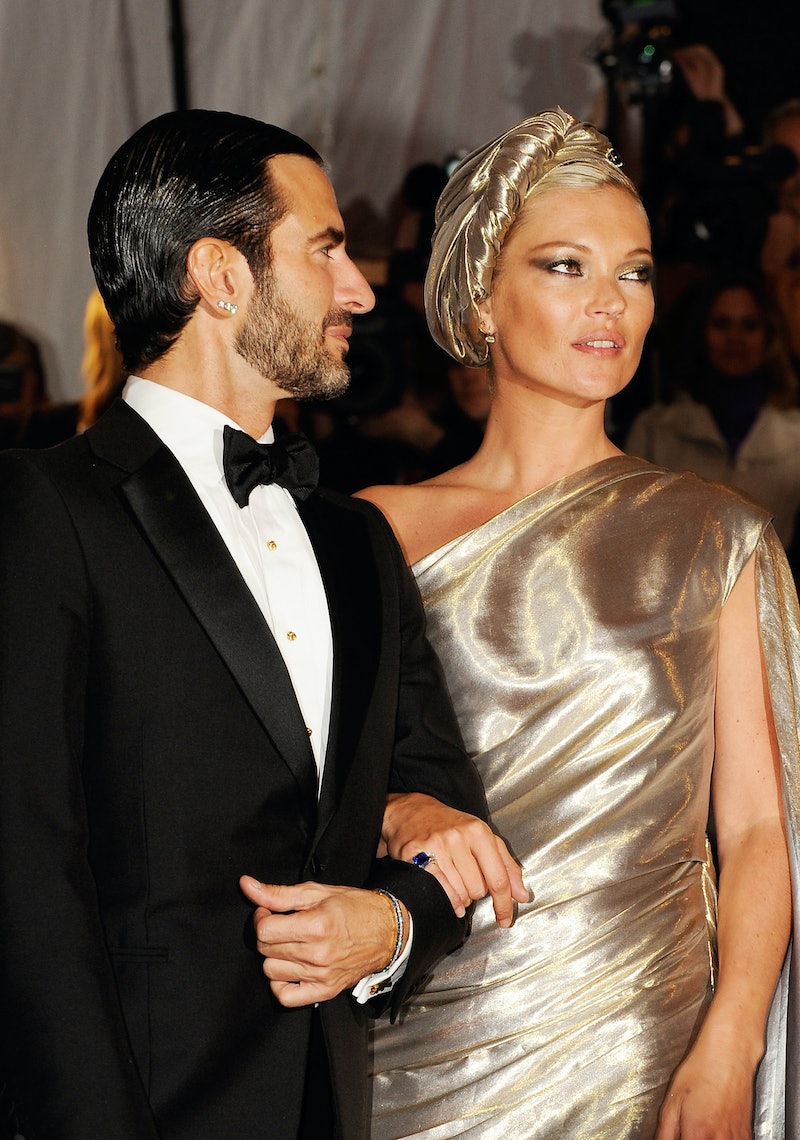 For most of us, an average Thursday night is decidedly unglamorous, largely composed of sweatpants, Netflix, and a regrettable amount of junk food. But when you're fashion royalty, it's the perfect time to recreate a viral video and alert all your bitches to their tragic basic-ness — that's right, Kate Moss and Marc Jacobs recreated "Calling All The Basic Bitches" and it was glorious.

Jacobs has only been on Instagram for two months, but in that short time the social media newcomer has already proven he knows how to give the people exactly what they want. Case in point: his endless supermodel-studded #TBTs, selfies with some of fashion's most notable in exclusive locales, and this week's debut of Cher as his brand's new campaign star. But while the designer's Instagram is baseline amazing, today's video post with Kate Moss surely takes the cake.

The designer has been roving through Europe over the past few weeks, which means a pit stop to visit his muse and "straight boy fantasy," Kate Moss, was a must. Thursday night must have gotten a little crazy (and a little boozy) because the pair decided to recreate the Lohanthony "Calling All the Basic Bitches" viral video that is everything you've ever wanted to say to all of your haters.

Moss is clearly the mega-fan here, leading the way in both leg twirling, announcing, and crucial close-up whispering. If you have absolutely no idea what I'm talking about right now, go ahead and just watch the video above. Trust me — it will change your life.

And here's the original, in case you missed it the first time around.