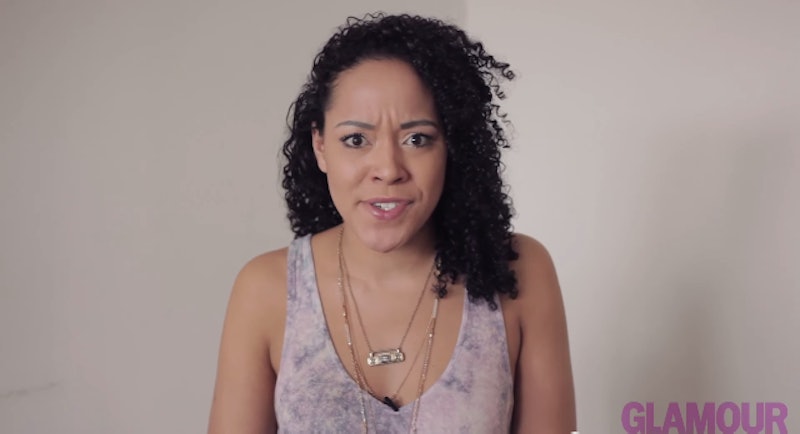 Online dating is awesome—sometimes. I know lots of folks who have met non-crazy, long-term partners through sites like OKCupid or apps like Tinder. It can happen! But more often than not, you're forced to wade through actual verbal floodgates of messages ranging from dirty to disturbing. A new video reveals the craziest online dating messages women received in a dramatic reading to shed some light on just how weird it can get.

I've met a grand total of four gentlemen through online dating, but of course, I've exchanged messages with a bajillion more than that. Some seem sane—at least at first. Others let loose their bizarre rage immediately. You know, I at least respect those who come on right away weird as hell. Then there are no false impressions or fronts or any other wastes of time. It's much better than, say, a guy who coolly explains his PhD only to stop himself mid-sentence a few days later to ask your favorite freaky position. (And then chase you down on Facebook when you unmatch on Tinder...and then eyeball you at a local dive a month after that. Cool times, Todd.) The audacity is amazing. Sometimes I wish I had the kind of confidence crucial to send such messages—although, surely, I'd use those powers for good and not such downright evil. Among the more creative and jaw-dropping messages, we have those covering:

I can't even feel attracted to anyone under the age of 30. It's a scientific fact. And sharing such back-handed compliments is enough reason to throw a vagina funeral.

In a way, I appreciate his straight-forward approach. If you're not into any of those four physical qualities, it's good to know now. Yeah?

Convincing! It's like my pants just flew off on their own! Just kidding. This is horrible.

Here's the whole slew—if you're brave:

I wonder what the success rate is for messages like these. It's a bit like when a man hollers out the window at you as you walk down the street, minding your own business. "S MY D!!!!" as screamed from a speeding sedan doesn't do much for me, seduction-wise. But maybe I'm not adventurous enough. Or maybe these guys are very much horrible.