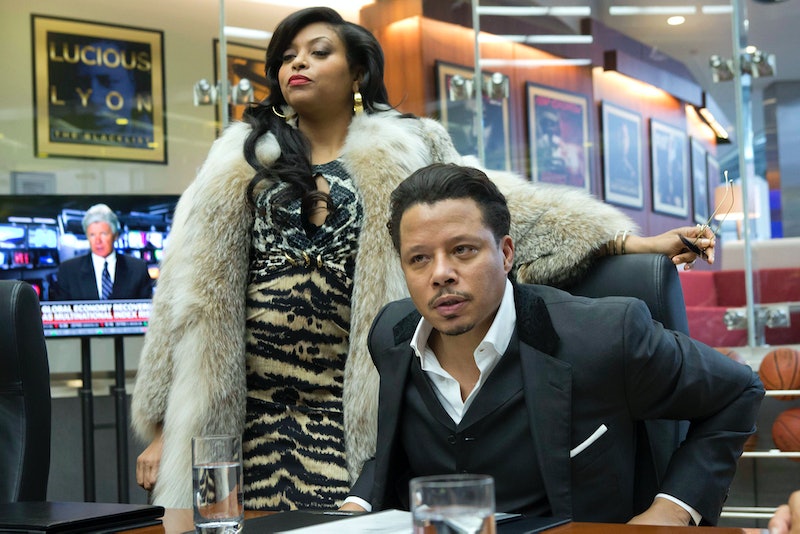 Okay Empire fans — I have some good news and I have some bad news. The good news is, Fox has officially revealed the premiere date Empire Season 2. Woo! Exciting! Party! However, the bad news? Well...it's still four months away, for silly reasons like needing to cast and write and film enough episodes before they're able to premiere the season. I know, I know: I'm celebrating through my tears too. This is a very confusing time for us all, and the only way we can get through it is if we stick together, and rewatch Empire Season 1 for the fifth time while we wait.

At the very least, though, there is a silver lining here if you look at the situation from a glass-half-full stance: at least the advanced warning gives you plenty of time to clear your schedule for the fateful day when the season does premiere. This way, you have plenty of months in between then and now to apologize to any family member or loved ones who might have a birthday on that day, or to cancel your annual road trip to see the New England foliage, or beg off of being your best friend's maid of honor. And, if anyone has a problem with any of those choices, they can take it up with Cookie. (No one would come out of that conversation intact, of course, so it's a win/win!)

For the rest of you more sane individuals, why don't you pull out your calendars and get your most permanent of permanent markers to add an event: Empire Season 2 will premiere Wednesday, September 23, at 9:00 p.m. — because as of right now, you have plans to be firmly planted on your sofa with your eyes pointed at the television set to FOX. In fact, while you're at it, why don't you just block off the whole day and watch our drunk recap of Empire Season 1:

Because, otherwise, when are you going to find time to mentally prepare yourself to be re-submerged into the gloriousness that is Lucious' crumbling empire?!