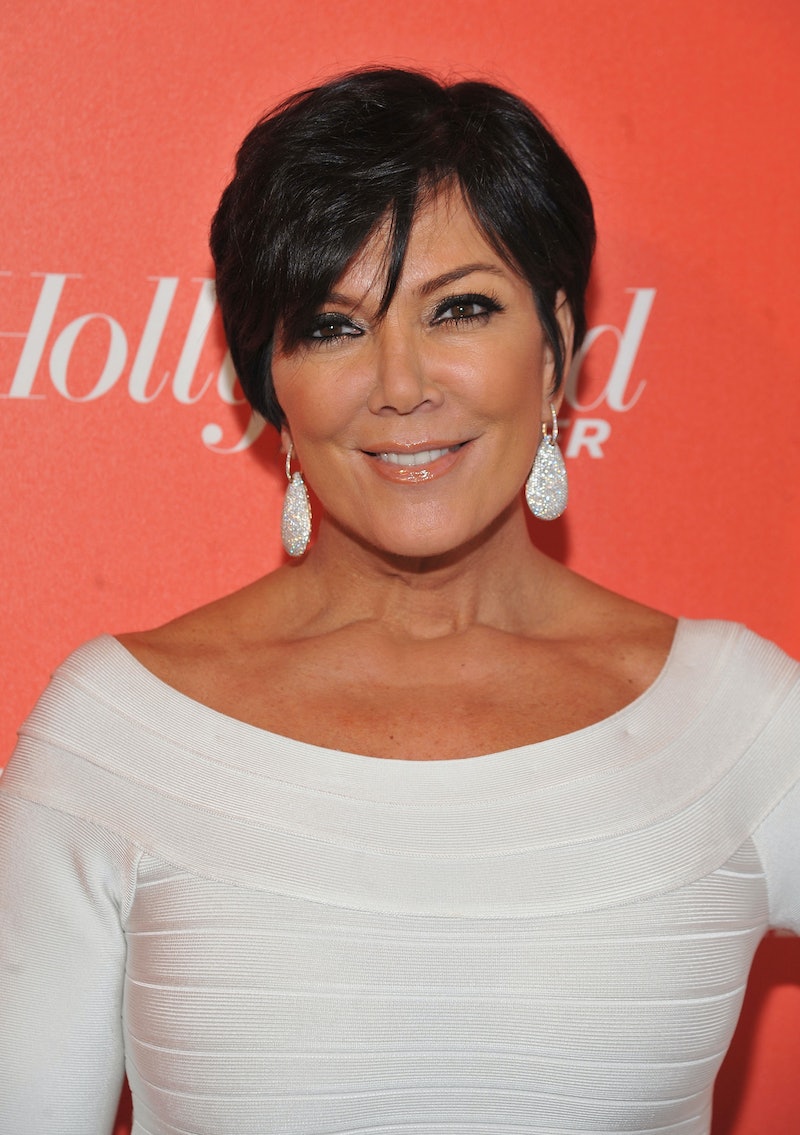 You might be hearing rumors that former Keeping Up With the Kardashians star Rob Kardashian is in rehab. It's been reported that Kardashian entered a 60-day Palm Beach rehab center over the weekend, which focuses on drug and alcohol addiction rehabilitation. But before you get sucked in too deep, Kris Jenner had denied that her son is in rehab via a statement released to Entertainment Tonight on Friday. She said the rehab reports are "completely fabricated," and did not elaborate any further.

Whether you believe Jenner or not, maybe this will persuade you. It appears over the weekend, Jenner, Kardashian, and other family members, including Kendall Jenner, Kourtney Kardashian, and Khloe Kardashian were all texting each other and expressing their love for one another, which may dispute those rehab reports. Jenner shared the a screenshot of the text on Instagram and captioned it: "Kendall's texts are cut off at the top and Kylie is on a plane... but this is how fun and silly my family's text chains are on a daily .. Sorry guys I had to #itjustgoesonandon." So, could Kardashian be texting if he was in rehab? Probably not. That said, it's important to note that there's no timestamp on the text message, so there is a chance this is from a different day or long ago.

Whatever the case, there's no doubt that Jenner loves her family and will stick up for them no matter what. When a reportedly false rumor begins circulating about one of Jenner's kids, you can count on her to step in and kill it, immediately. As KUWTK fans have seen throughout the past few seasons, Rob Kardashian has been absent from the series, struggling with his weight, and has denied help from his family for whatever problems he may be dealing with, which was shown this past season.

At one point during Season 10 of KUWTK, Jenner even met with a medical professional to get advice on how to help her son. Unfortunately, it didn't go as planned, but fans could see how upset she was upset over the situation. I'm sure the same goes with the rumors about her son being in rehab. Moral of the story: don't mess with Mama Kardashian.