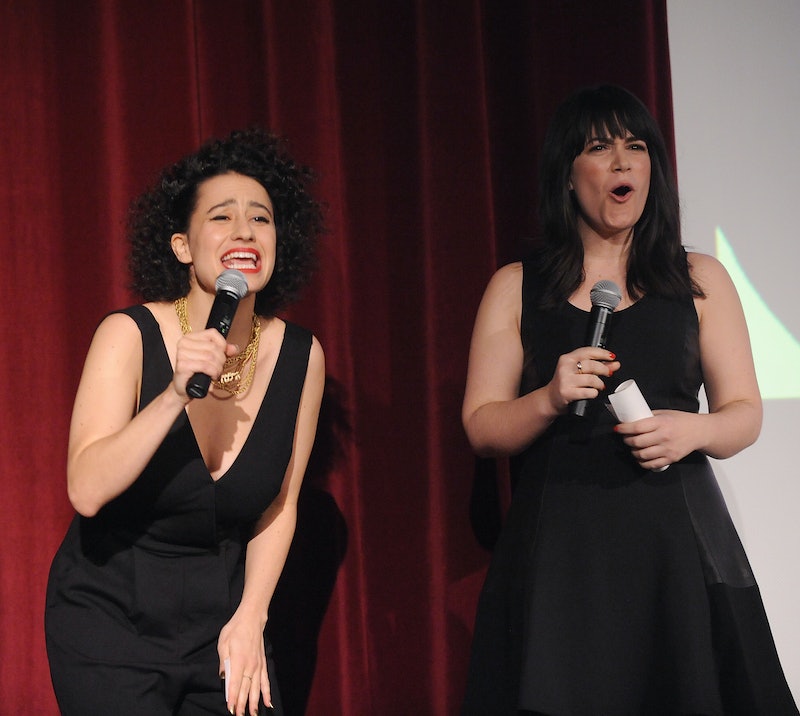 Apparently Southwest Airlines just isn't a fan of the Comedy Central sitcom about millennial women in New York City, Broad City — at least not when it's coupled with colorful language. A Broad City t-shirt allegedly got a student kicked off his flight with the airline, probably because it read "Broad Fucking City."

While flying from Dallas to Chicago, dude-who-just-didn't-give-an-F, Daniel Podolsky, exited the plane during a layover in St. Louis and was prohibited from reboarding after removing his jacket, revealing the offensive tee.

According to a video of the incident, Podolsky attempted to counter Southwest's fine-print rule against offensive clothing with freedom of speech, but they weren't having any of it. WGN TV and Gothamist report that Podolsky was forced to change his shirt and catch another flight in order to eventually arrive at his final destination, NYC itself, where I'm sure Podolsky and his expletives will fair far better.

Southwest released a statement regarding the incident, saying, “We rely on our Employees and Customers to use common sense and good judgment.”

Want to proclaim your love for Ilana and Abbi? Look no further than the Broad City swag below. I claim no responsibility if you get kicked off any future flights.

4. "You Should Smile" Poster