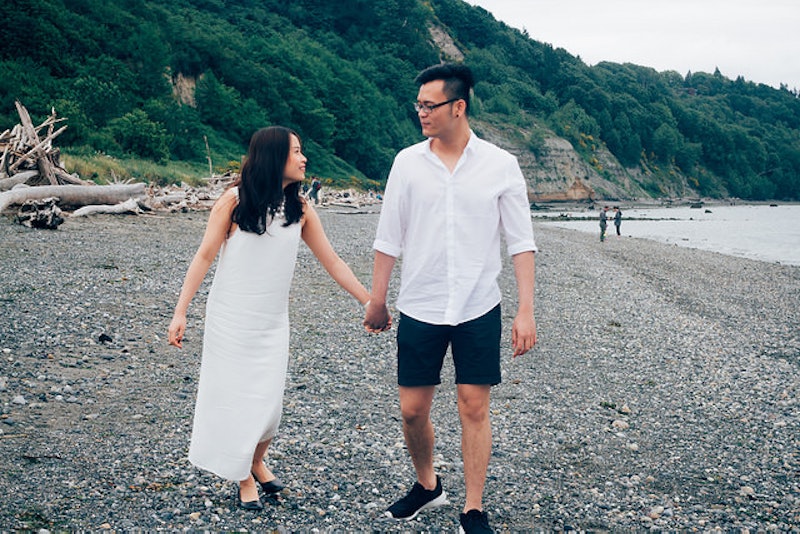 If you’re young, rich, and female, I have some good news: You are more likely to make at least as much, if not more than your husband. Give yourself a pat on the back, because it’s a great time to be you. In fact, a new report released from the U.S. Trust found that wealthy millennial women are more likely to out-earn their husbands than ever before, CNN Money reports.

The U.S. Trust took a survey of 640 high-net-worth men and women who owned more than $3 million in investable assets. Sixteen percent of those surveyed identified as being Millennials. According to the report, 30 percent of wealthy millennial women were the primary moneymakers in the household, while 21 percent contributed the same amount as their partners. That’s definitely a stark difference to the 11 percent of Gen X women who earned more than their husbands, the 15 percent of Baby Boomer females, and the 4 percent of women aged 70-plus.

With more money comes more responsibility, as in more Millennial women are taking it upon themselves to make the financial decisions.

“We tell our employees that if you have clients who are married couples and you’re primarily talking to the husband, you have to change that,” Chris Heilmann, chief fiduciary executive at the U.S. Trust said.

But that’s not all. When it comes to childcare, men seem to be stepping up and are taking on more responsibilities than previous generations. It was found that a fourth of the Millennial men indicated that they were the primary caretakers of their children in the household, while only seven percent of Gen X-ers said the same thing, followed by three percent of Boomers and four percent of 70-year-olds and older.

So congrats, Millennials. No matter what people say about our generation, it seems like everything seems to be shifting in the right direction.