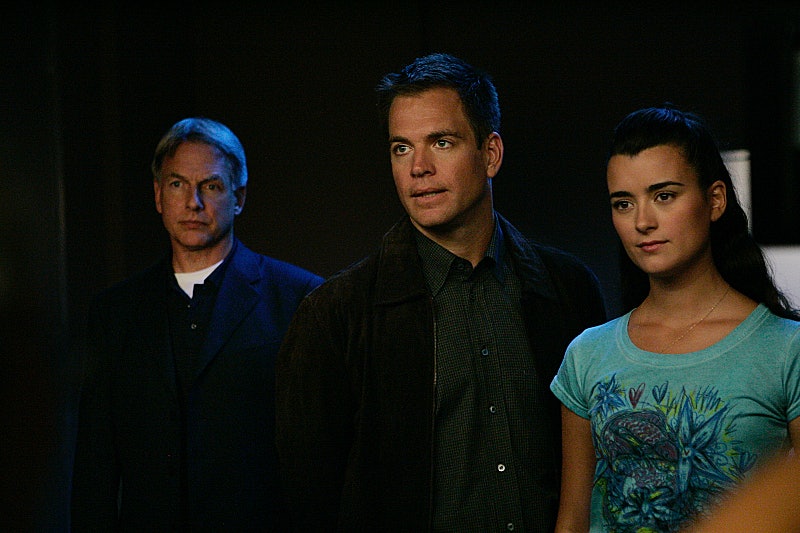 It's considered to be the world's most-watched drama on television, so maybe that's why NCIS has lasted 12 seasons. The show premiered in 2003, which is absolutely insane, because I didn't even know the Internet existed in 2003, and look how far I've come. I love NCIS. My parents love NCIS. We all clearly love NCIS if it's considered the most-watched drama (sorry Shonda Rhimes). But let's call a spade a spade: some seasons are better than others. Ranking the NCIS seasons isn't easy — mostly because there are so many of them — but it had to be done before Gibbs hit me on the back of the head like he does DiNozzo.

So how does one season qualify as "better" than another. Some seasons had story arcs that were stronger than others, some had episodes that were standouts, and others had cliffhangers that were so unbelievable I almost felt the need to walk to Mark Harmon's home and ask what happens next.

We've lost a few good people along the way, but on NCIS, things always seem to work out in the end with new characters. To quote one of the greats, "If you want the rainbow, you gotta put up with the rain." (Ms. Dolly Parton.)

Without further ado, here is the definitive ranking of all twelve NCIS seasons.

Season 10 consisted of mainly standalone episodes. The only important plot changer was Ziva's dad's death. Unfortunately, that just wasn't enough for me to rank this one higher.

I don't want to put this season as the worst season — and really, none of these seasons are the worst, since they all do a hell of a lot better than your average TV show drama — but the season is all about introductions, getting to know the team, etc. We do meet Ari in this season, but we don't loathe him nearly as much as we would at the end of Season 2.

This season starts out with Gibbs retired in Mexico. This is where I start ranting about how NCIS always tries to split up the team, even though we know it will never actually happen unless they kill someone off (sorry, Kate). Because Gibbs was never really going to retire, he returns to the team within, like, three episodes. We hardly even missed him! We do learn about La Grenouille in this season, which turns out to be kind of important for the show.

This season involved the "Port-to-Port" killer, and I love a good serial killer on TV, so I was into it. Especially because this wasn't just a small, local serial killer. This was someone who had put some frequent flyer miles on their American Airlines credit card. Unfortunately, Franks is killed this season, but I didn't really care for his character, so I got over it.

I liked the background information we learned in this season. We already knew about Gibbs' family's death, but we learned even more once he got wrapped up with the Reynosa Drug Cartel. Learning more about Gibbs' history killing Paloma's father, and then Paloma seeking revenge on Gibbs (with Abby somehow twisted into it all) was a really great plot line.

Season 9 involved Harper Dearing, who was looking to seek revenge on The Navy and the NCIS team because of the death of his son. It was kind of thrilling, because this is one time I thought, "Oh, we're going to lose one of the agents," but we didn't. Somehow. The cliffhanger this season, though, with the bomb in the car AND Ducky's heart attack on the beach? Just cruel.

Goodbye, Ziva. I can't believe they lost Ziva on the show, but at least she didn't die. There's some small victory in that, right? Like, maybe she'll come back again (as long as Rizzoli and Isles doesn't poach her like they did with Sasha Alexander). Ellie joins the team, which is great for me because she's become an eyebrow inspiration to me.

Sergei Mishnev is a terrifying character and he totally made the most recent season as good as it was. I liked this season because it brought in old characters' deaths (like Kate, Jenny, Franks), so it was like they were with us, but not.

The La Grenouille story comes to an end relatively early on in the season, which I respected because I don't like when certain stories go on for too long. Jenny is killed in a shootout in Los Angeles when she is at a funeral for an old colleague. To put it mildly, it's a huge f—king disaster in the NCIS world, especially because it introduces the team to Vance. And of course Vance decides to split the team up, once again.

Ziva joins the cast once Kate is killed, and it's kind of impossible to not love her for butchering already stupid American idioms and sayings. Jenny joins the team in this season, allowing Gibbs to maybe find love. Personally, I didn't love all the steamy sex flashbacks between him and her while on assignment, but I guess if Gibbs is happy, I'm happy.

Even though Vance split the team up, their love and perpetual bond for fighting evil knows no bounds. (Read: they got back together.) This season contains one of the best episodes, IMO, when Michelle Lee, the legal analyst who pokes in once in a while, turns out to be the mole in the NCIS base. WHO WOULD HAVE GUESSED THAT? Also, Ziva returns to Mossad, but as we all know, these things don't last long.

We gained McGee as a full-time agent, and lost Kate. It was a pretty dramatic season cliffhanger, especially because I didn't even realize a cast member could be killed so unexpectedly like that (this was 2005, I was naive). Even though it was sad to lose Kate, it always stands out as a huge turning point for what the show became.

There you have it, the official ranking of NCIS episodes. Now go and watch all of the seasons before I call you a probie, OK?