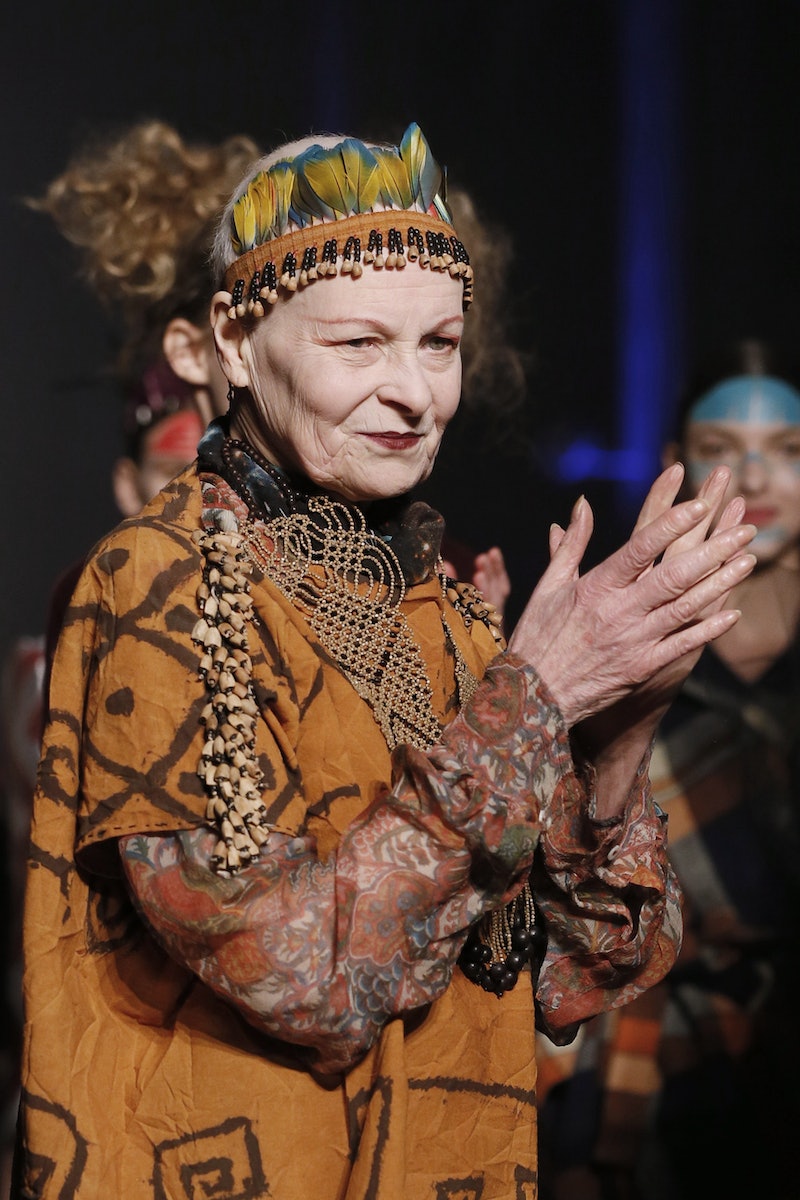 The queen of punk couture has fallen down the rabbit hole. In honor of the 150th anniversary of Lewis Carroll's novel, Vivienne Westood designed a new Alice's Adventures in Wonderland book cover and it's sure to be a collector's item. The British designer teamed up with Vintage Classics for a colorful, Harlequin-print cover featuring a vintage illustration of the title character by Sir John Tenniel. Westwood calls Alice one of her favorite children's books of all time and the inspiration behind her fall-winter 2012 collection.

“It’s just such genius!” Westwood said. “It’s so brilliant. It is really subversive of official opinion and official attitudes to children. Our world is the world we make it.” To celebrate the launch of her new Alice book cover, the designer threw a Mad Hatter’s Tea party at her London store, where she read excerpts from the classic novel to a roomful of children from various charities. A champion for subverting the status quo, Westwood wanted to reach out to the youth while writing the introduction for the book.

“Kids! Never become complacent,” Westwood wrote. “The world we think we know reflects the way we are conditioned to see it. Maybe it’s not like that at all. Carroll is on your side. Always wonder. Alice in Wonderland is timeless, but with my cover and endpapers, by adding the ‘climate map’ and the text, ‘end capitalism,’ I have helped fix it in the present moment.”

Alice's Adventures In Wonderland: 150th Anniversary Edition is available at viviennewestwood.com for $24.