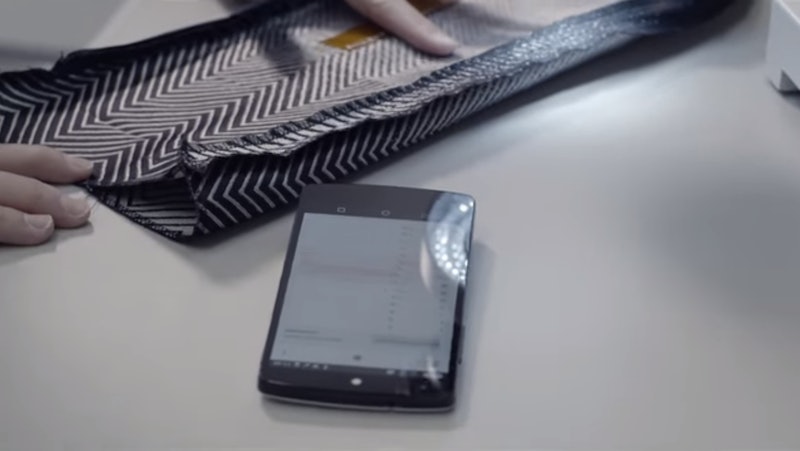 Today Google unveiled one of its latest projects in its Advanced Technology and Projects group (ATAP) which, according to Fashionista, you'll be purchasing at Levis this time next year. Google and Levi's teamed up to create Jacquard, a "smart fabric" that will potentially change the way we use our smartphones. It's still in very early developmental stages, but the possibility of a touch screen jacket sleeve is pretty nifty.

Although the details on the project and its eventual outcome are still vague, Google did release a video introducing Jacquard to the world. In the vid, Ivan Poupyrev, Project Jacquard founder, describes how "the structure of textiles is uncannily the same structure used in touch screens, making it conceivable to weave conductive threads directly into the textiles themselves." Can't say I've ever thought to compare my yoga pants to my iPhone screen before...

After watching the video, I'm definitely excited to see what Google, Levis, and the additional soft and hardware designers brought into the project create with Jacquard. My only drawback that no one has discussed yet is, uhm, what happens when my electrically-woven jeans get wet?