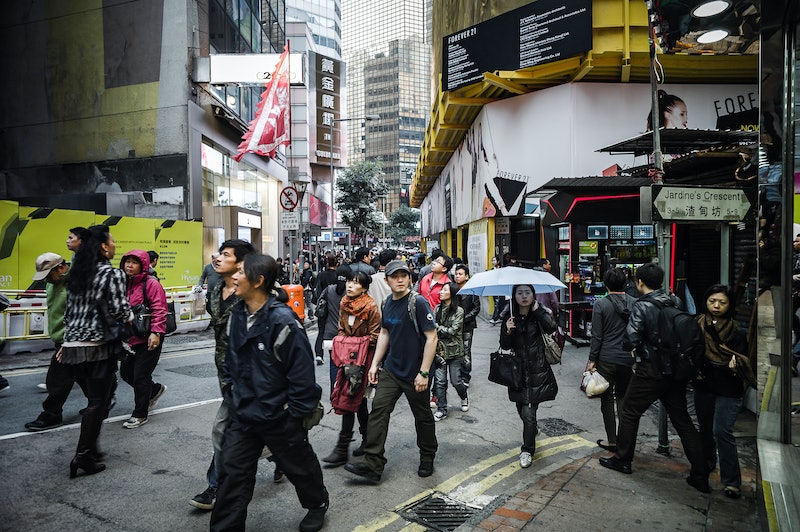 Good news for number junkies: using a new map created by Business Insider, you can now find out which country has a similar population as your home state and see how the numbers stack up. Of course, you'll need to take into account regional and cultural differences, in addition to any economic disparities, while you're comparing regions. But who says that isn't interesting in and of itself?

"We took population estimates for each country in the world from the CIA World Factbook and for all 50 states and the District of Columbia from the US Census Bureau's 2014 population estimates," explained BI's Andy Kiersz and Elena Holodny in a report on Friday. "For each state, we found the country with the closest population."

Perhaps one of the most surprising aspects of Kiersz and Holodny's map is the way the United States and some of its global neighbors seem to pack everyone in. On the opposite side of the ocean for example, Ireland, which is approximately the size of the state of West Virginia, has a population of around 4.6 million, according to 2014 World Bank numbers. Conversely, West Virginia itself plays host to around only 1.85 million with that same land area; its closest world relative in terms of population is actually Kosovo, according to Kiersz and Holodny's map. What that means, in layman's terms, is that if you're planning on moving to Ireland or Kosovo anytime soon, you should probably prepare to get friendly with your neighbors.

Meanwhile, back here on home turf, the Kiersz and Holodny map indicates that the population of the state of Texas most closely matches that of Saudi Arabia — around 27 to 28 million. The difference? The oil-rich Middle Eastern nation is about one-fifth the size of the United States (830,000 square miles) as a whole — dwarfing Texas (which is around 269,000 square miles) considerably.

The two compiled the map after becoming intrigued by an earlier comparison of world and state GDPs, as reported by the American Enterprise Institute, a right-leaning think tank. The AEI map highlighted the hidden difference between states like California, whose GDP in 2013 was approximately $2.05 trillion, and the South American country of Brazil, whose 2013 GDP numbered around $2.25 trillion.

But despite their similarities, reported Business Insider at the time, California and Brazil are vastly different in one important respect: while they both generate the same GDP per year, California, for all its recent setbacks, produces more with 80 percent fewer people. (Feel free to pat yourself on the back, California.)

"Sometimes it helps to employ unconventional perspectives when thinking about the size of things," write Kiersz and Holodny.

Whether your state harbors as many citizens as the 241,000-square-mile Central African Republic (I'm looking at you, Colorado), has the same relative population as sparsely inhabited Mongolia (hello, Utah), or crams the population of Angola (around 21 million) into an area the size of New York, at least one good thing came out of Business Insider's thought-provoking map: a new, educational way to waste time on the internet.