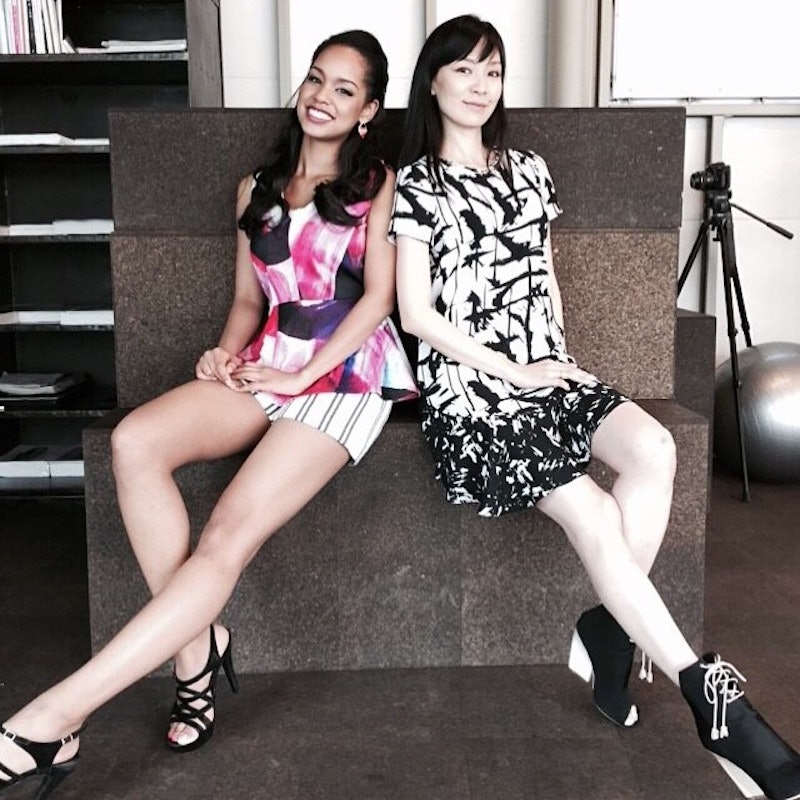 Even after being crowned as Miss Universe Japan, Ariana Miyamoto is still running the race of redefining biracial beauty. In the New York Times, Miyamoto opens up and tells us about how “reporters always ask me, ‘What part of you is most like a Japanese?’” And she answers them with, “But I am a Japanese.” I can’t think of a better answer than that.

These types of questions are similar to the ones that I’ve received as a Korean-American — born and raised in America, with Korean cultural roots. In my predominantly white elementary school, everyone poked fun at how I looked and would repeatedly call me “flat face.” Over time, I thought this type of childish ignorance would fade away, but during my college years, people would often look at me confused or surprised when I told them that I was majoring in English. They would then proceed to ask me where I was from and gape at me blank-faced when I monotonously replied, “The Bay Area.”

Similarly, Miyamoto has gone through these types of situations as well where she said, “Even today, I am usually seen not as a Japanese but as a foreigner. At restaurants, people give me an English menu and praise me for being able to eat with chopsticks.” The funny thing is, not only is she fluent in Japanese, but she is an accomplished calligrapher of Kanji, which is seen as an praised artform of traditional Japanese-Chinese script.

Miyamoto told NYT, “I want to challenge the definition of being Japanese.” But the thing is, girl, you don’t need to challenge the definition. The definition is relatively clear that being Japanese is someone who is of Japanese descent and was culturally raised according to the Japanese heritage. It’s just that people are much too quick to define “being Japanese” as the widely-accepted image of looking, speaking, and acting Japanese. However, just as there is a blatant difference between sex and gender, many also fail to understand that there is a significant difference between race and ethnicity.

Race is based off what heritage you link back to, while ethnicity is the learned cultural behaviors of a certain region. This means Miyamoto’s race is African-American and Japanese, while her ethnicity is Japanese because she was born and raised in Japan. Just because, in your own opinion, someone may not look like they belong, definitely does not mean that they don’t. And I feel like that’s exactly what Miyamoto is setting out to do. Winning Miss Universe Japan was just the first step, but she’s out to “prove that Japanese don’t all have to look the same” to “prove that this is our home too.” All power to you, Ms. Miyamoto!

More like this
This Dark Humpty Dumpty Theory Will Haunt You
By El Hunt
Phoebe Dynevor Serves ‘Bridgerton’ Underboob In Stunning Floral Gown
By El Hunt
6 Organizations Fighting Police Brutality That You Can Support Right Now
By Syeda Khaula Saad and JR Thorpe
Watch Jacinda Arden’s Devastatingly Honest Resignation Speech
By Sam Ramsden
Get Even More From Bustle — Sign Up For The Newsletter
From hair trends to relationship advice, our daily newsletter has everything you need to sound like a person who’s on TikTok, even if you aren’t.